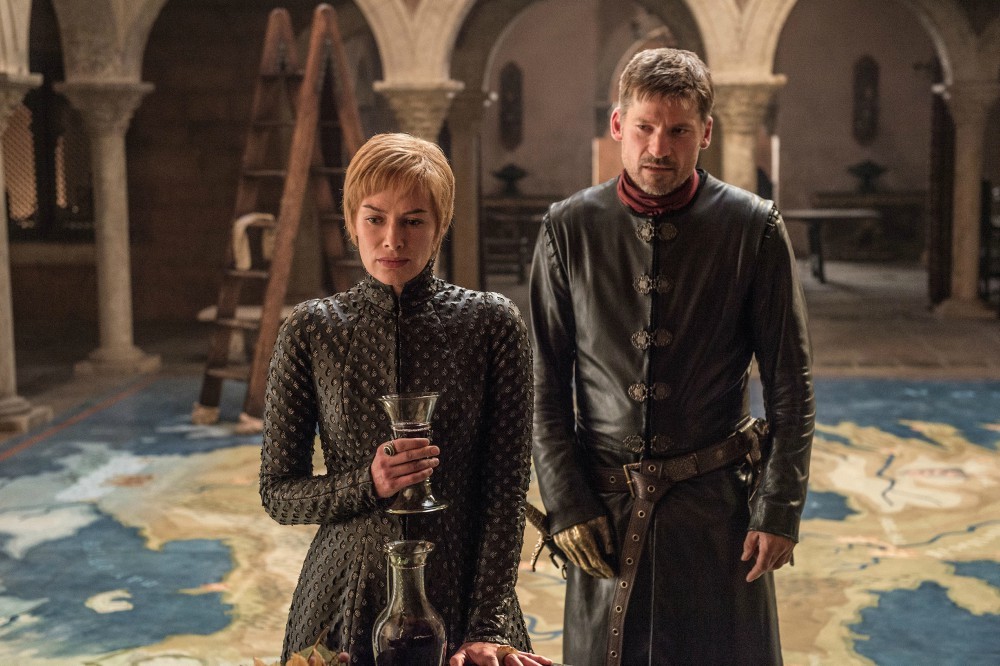 In the interest of full disclosure, I’m not a Game of Thrones fan. I’ve tried watching the pilot no less than three times before pushing the ejector button about 20 minutes into it each time out of boredom. But God bless you GoT fans for being so faithfully devoted to your dragons and incest soap opera.

Given how I stan a TV show where a deceased actor was recast by a giant talking teapot, I’m not in a position to hate on fans of George R.R. Martin’s fantasy world, which dominates this year’s Emmys with 22 nominations. The season seven finale episode “The Dragon and the Wolf” is up for an Outstanding Writing for a Drama Series statue. It turns out that the scripts for the nominees in this category are posted on the Emmys’ website, allowing us to take in this outstanding writing for ourselves.

The Game of Thrones script, which was ostensibly written by two adult men and not a 12-sided die hit by lightning, really comes alive in the descriptions of the action. This stuff is interesting to read because it breaks tonally from the show’s steadfast seriousness, laying out in explicit terms what is only conveyed visually in the final product. Perhaps it also gives us a bit of insight into how creator/writers David Benioff and D.B. Weiss feel about what they’re making. If you’re a fan, lines like “Fucking punkass little shitburger stole my khaleesi!” probably come off with a certain charming nerdiness. If you find the show corny, this peek behind the curtain will do nothing to dissuade you of that position.

Take for instance the direction given to Littlefinger, aka actor Aiden Gillen, who I will always think of first and foremost as Tommy Carcetti, the cynical Baltimore mayoral candidate from The Wire. But he’s also a cool cucumber:

Littlefinger is one of the coolest cucumbers in the garden, but even he starts to sweat now. His prosecutor is armed with information she cannot possibly know.

Theon, his face a bloody mess, rises to his feet a third time.
Harrag takes a deep breath. He charges at Theon, throwing everything he’s got left at his adversary.
Clutching Theon’s face in his big, dirty hands, Harrag slams his knee into Theon’s groin.
But Theon has no balls.
Just the slightest possible smile from Theon, as he receives his first ever benefit from castration.
He slams his forehead into Harrag’s nose, the single greatest headbutt in the history of filmed headbutts.

Sometimes a screenwriter has to be willing to break the fourth wall and demand that the actress do a little extra leg work:

Sansa stands alone, staring across the snow-shrouded moors. She wears a hood to protect her from the wind and the snow, making her look like the French Lieutenant’s Woman, a reference Sophie Turner will just have to Google.
We don’t have access to her interior monologue, but we’re looking at Dark Sansa here, that much is clear.

This bit of stage direction sounds like something Cartman would yell:

Jon doesn’t quite smile because smiling would seem inappropriate. But still, that almost looks like a smile.
Jorah nods in deference. But he’s not smiling at all. Fucking punkass little shitburger stole my khaleesi!

And this is why GoT keeps getting nominated for awards. Right here:

This is the last thing anyone expected to hear. Dany and Jon both look at Tyrion.
Tyrion meets their gaze with a subtle expression: Tyrion Lannister, motherfuckers.

Guys, this show is silly. Come on. If you’re so inclined, you can read the whole thing here.