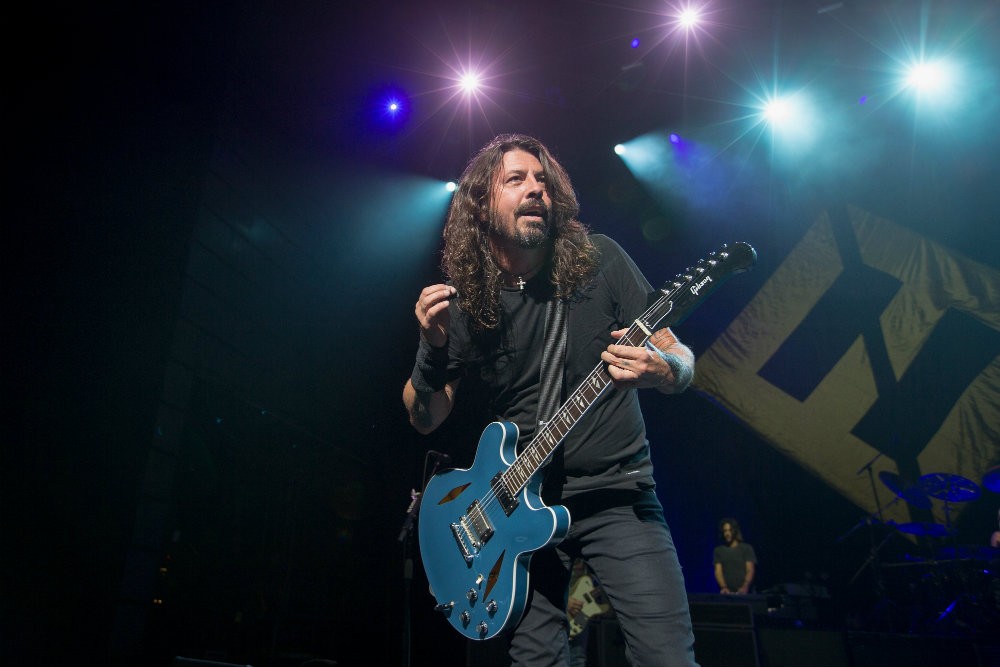 The ever-prolific Dave Grohl has announced a two-part mini-documentary PLAY, which will drop next week. The film documents the Foo Fighters frontman’s process of playing every instrument, seven all together, in a 23-minute performance also titled “Play.”

“Part one opens with narrated behind the scenes footage featuring discussion of the love of playing music and the lifelong relationship with an instrument, and detailing the process and challenges of recording and filming this unique performance,” reads a statement from Roswell Films. The film then transitions to Grohl’s “one man band” recording session, beginning with the drums before moving on to guitar, bass, keyboards, and so on.

The film was directed by Grohl with the help of his Sonic Highways partner Mark Monroe. Cinematographer Brandon Trost (The Disaster Artist/Diary of a Teenage Girl) shot the footage in crisp black and white.

“Watching my kids start to play music and learn to sing or play drums, it brings me back to the time when I was their age listening to albums, learning from listening,” Grohl said in a statement, “and when I take my kids to the place where they take their lessons, I see these rooms full of children that are really pushing themselves to figure this out. And even now, as a 49-year-old man, I’m still trying to figure it out… it’s not something that you ever truly master. You’re always chasing the next challenge, and you’re always trying to find a way to improve on what you’ve learned.”

The film PLAY drops on August 10 on digital download and streaming platforms. Limited edition vinyl of the song “Play” comes out on September 28. Check out the teaser below.