Casey Affleck Apologizes For… Something

Casey Affleck addressed the “unprofessional” behavior he says took place on the set of I’m Still Here, the Joaquin Phoenix quasi-documentary/art project which Affleck directed and co-produced. Affleck sat down with the Associated Press to promote his new film The Old Man & The Gun and addressed the sexual harassment claims stemming from I’m Still Here that resurfaced during awards season following his acclaimed performance in the 2016 Kenneth Lonergan film Manchester by the Sea. Affleck has kept a conspicuously low profile ever since dropping out of the Best Actress Oscar presenting gig at the 2018 Academy Awards ceremony (traditionally, the winner of the previous year’s Best Actor trophy awards the current year’s Best Actress), which was dominated by discussion of the #MeToo movement and the Hollywood anti-sexual harassment campaign Time’s Up.

Affleck was asked about withdrawing from the gig and his reaction to the #MeToo movement, responding in the kind of vague terms that suggested culpability and remorse without actually admitting to anything particularly damning.

Of the decision to step aside as Academy Award presenter, Affleck seemed to simultaneously say the right thing and yet say nothing of any discernible substance at all. From the AP:

AP: You also earlier this year made the decision to step away from presenting the best actress award at the Oscars. Why did you do that? 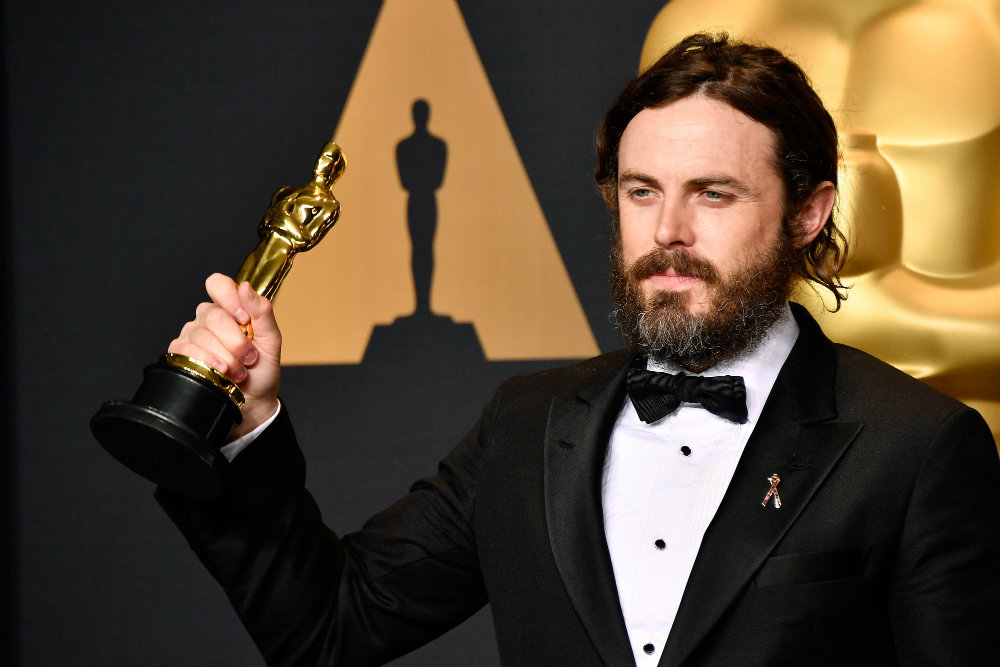 AFFLECK: I think it was the right thing to do just given everything that was going on in our culture at the moment. And having two incredible women go present the best actress award felt like the right thing.

The “everything in our culture at the moment” undoubtedly refers to the post-Weinstein reckoning regarding alleged sexual predators in Hollywood, of which Affleck is implicated in lawsuits filed by two female producers who worked alongside him. This opened the door for AP reporter Lindsey Bahr to ask Affleck about his notable silence regarding the renewed interest in the harassment claims he settled eight years ago. Once again, Affleck seems to say a lot without really saying anything at all. From AP:

First of all, that I was ever involved in a conflict that resulted in a lawsuit is something that I really regret. I wish I had found a way to resolve things in a different way. I hate that. I had never had any complaints like that made about me before in my life and it was really embarrassing and I didn’t know how to handle it and I didn’t agree with everything, the way I was being described, and the things that were said about me, but I wanted to try to make it right, so we made it right in the way that was asked at the time. And we all agreed to just try to put it behind us and move on with our lives, which I think we deserve to do, and I want to respect them as they’ve respected me and my privacy. And that’s that.

Affleck seems to walk a tight line between not quite denying the claims made against him but also not admitting to them, while also insisting that he acted honorably and responsibly when it came to settling the two legal complaints, both of which asked for over two million dollars in punitive damages. The amounts for which he settled remain undisclosed.

The Academy Award winner then took the opportunity to discuss how much he is becoming more enlightened in the #MeToo era. At the same time, he talked about “unprofessional behavior” on the I’m Still Here set as his responsibility, without defining in any respect what that behavior constituted. From the AP:

Over the past couple of years, I’ve been listening a lot to this conversation, this public conversation, and learned a lot. I kind of moved from a place of being defensive to one of a more mature point of view, trying to find my own culpability. And once I did that I discovered there was a lot to learn. I was a boss. I was one of the producers on the set. This movie was (shot in 2008, 2009) and I was one of the producers. And it was a crazy mockumentary, (a) very unconventional movie. The cast was the crew and the crew was kind of the cast and it was an unprofessional environment and, you know, the buck had to stop with me being one of the producers and I have to accept responsibility for that and that was a mistake. And I contributed to that unprofessional environment and I tolerated that kind of behavior from other people and I wish that I hadn’t. And I regret a lot of that. I really did not know what I was responsible for as the boss. I don’t even know if I thought of myself as the boss. But I behaved in a way and allowed others to behave in a way that was really unprofessional. And I’m sorry.

Affleck seems to intentionally characterize the situation as vaguely as possible. “Unprofessional” can mean so many things. Showing up late to set is unprofessional. Taking personal phone calls during working hours is unprofessional. One of the women who filed suit claimed that Affleck drunkenly crawled into her bed, uninvited, while she slept. The other accuser said that Affleck “violently grabbed [her] arm in an effort to intimidate her into staying” in his hotel room for the night and then sending her hostile text messages after she shot him down. Other accusations accuse Affleck goading a crew member into exposing himself to the women and verbally berating and insulting them. That is definitely “unprofessional,” but it also sounds like something way worse.

You can watch the entire AP interview below.