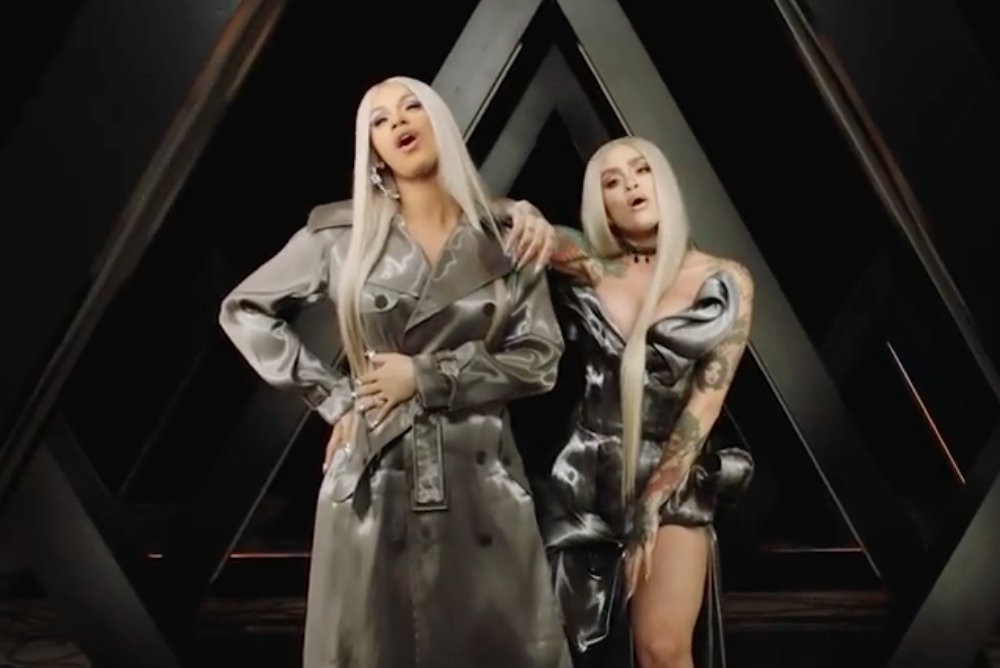 Cardi B has dropped a video for “Ring,” her collaboration with Kehlani. The somber song features the rapper and the singer lamenting a dude who is blowing more cold than hot as of late. The video, which was directed by Mike Ho, features both artists isolated in levitating, old school phone booths with footage of vintage rotary phones mixed in. There are a few daunting shots of waves crashing against the bottom of a cliff to drive home the fact that this relationship is indeed on the rocks. It sounds like this person didn’t heed the advice Cardi B doled out in “Be Careful.”

“Should I call first? I can’t decide,” a tortured Cardi raps amid a tangle of phone cords. “I want to, but a bitch got pride.”

“Ring” is a slower, more melancholy moment on the Bronx rapper’s mostly joyous, irreverent debut album Invasion of Privacy. Otherwise, the rapper has a lot to be happy about given how she racked up 10 nominations at tonight’s MTV VMAs, where she will reportedly be opening the show with some sort of monologue or skit. Apparently, Kulture, her newborn daughter with Migos’ Offset, will not be making an appearance at the VMAs, which is probably for the best.