Ariana Grande Is the Best Part of James Corden’s Titanic 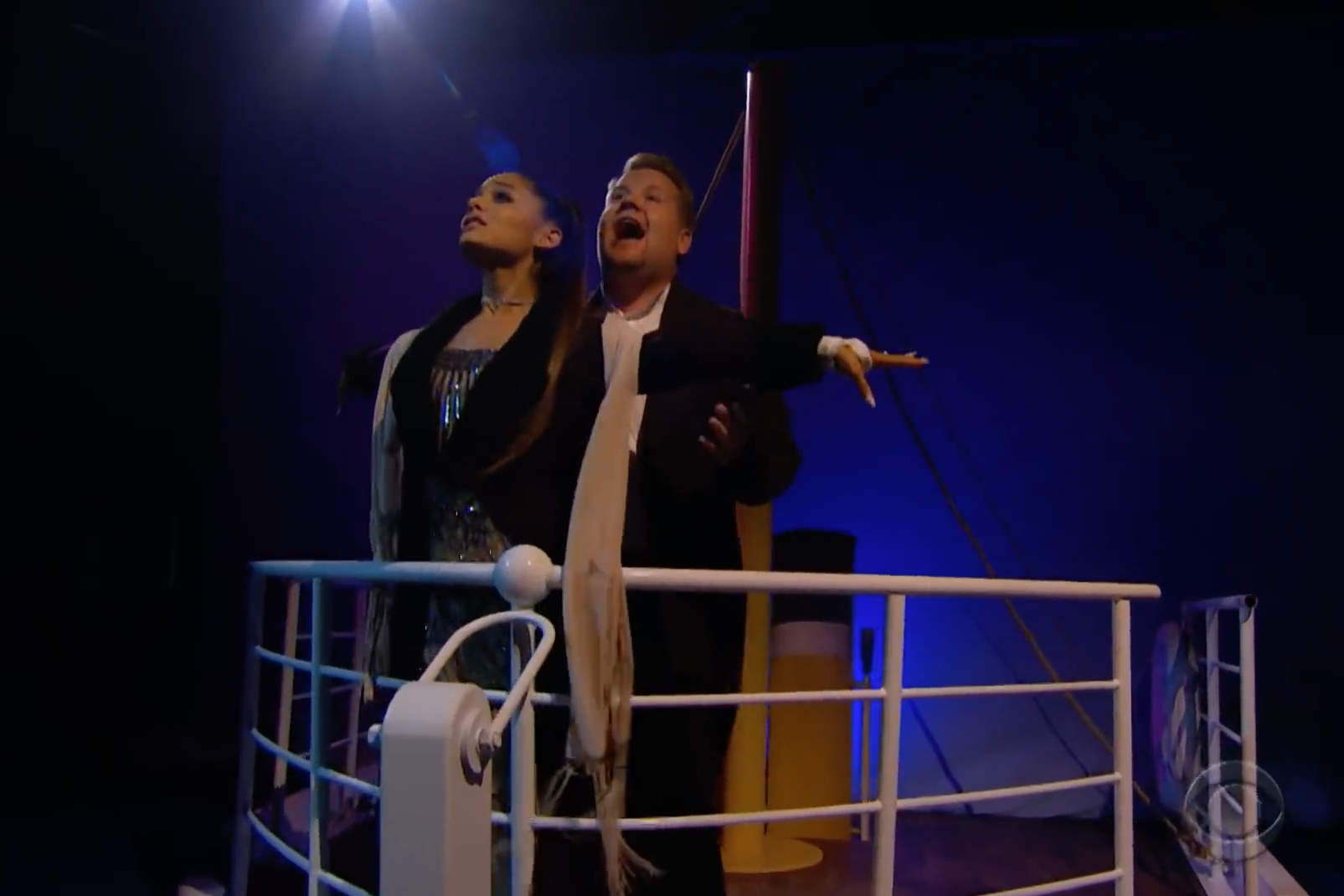 Last night on the Late Late Show, Ariana Grande joined James Corden for a jukebox musical speedrun through the plot of everyone’s three-hour tearjerker favorite, James Cameron’s Titanic. It’s a scaled-down riff on network TV’s recent live remakes of various popular musicals, and from a production standpoint it’s great: smooth and well-edited, making clever and recognizable use of a necessarily limited number of sets. Most of the fun lies in the popular song selections, which I will not spoil except to say that, 106 years later, I’m glad we’re all here to imagine Titanic survivors rapping along to “Ice Ice Baby.”

Unfortunately, one probably has to enjoy James Corden’s whole schtick to fully embrace this concept, which can be hard to do when Corden, ever the television host, can’t quite stop looking directly at the camera. (Grande, as an alum of  2016’s Hairspray Live!, arguably has more experience at this type of thing.) It’s still almost worth it to hear Grande sing part of “My Heart Will Go On” at the end—that is, until Corden returns from the icy depths to turn it into a duet. Jack Dawson would never.

Grande’s new album Sweetener is out on Friday, by the way. See her in James Corden’s Titanic below.