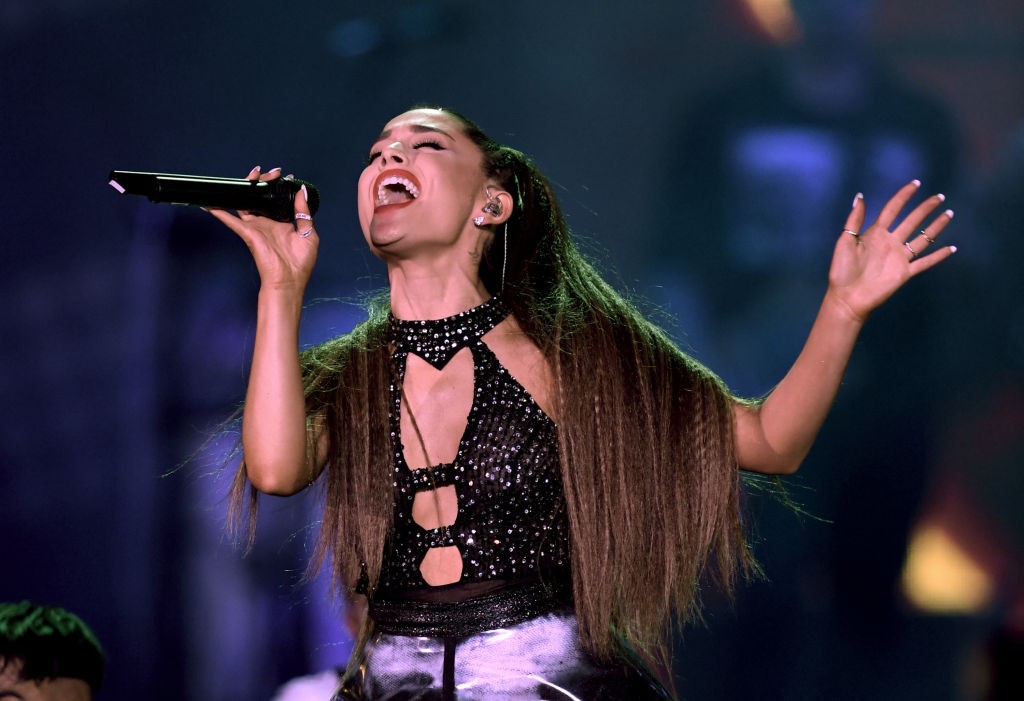 After months of anticipation, Ariana Grande’s new album Sweetener has finally arrived. The follow-up to 2016’s Dangerous Woman has been preceded with three singles, multiple late-night appearances, and extensive hints and teasers on social media. It promises to reveal a more vulnerable side of Grande, especially after coming after the deadly bombing at her Manchester tour stop in 2017. “In all honesty, I feel like [after Manchester] was when different people from the record company actually started to understand what we were trying to do,” co-producer Pharrell Williams told Fader. “It’s unfortunate that that situation is what gave it context, but they were able to really see [what we were going for] then.”

Singles “No Tears Left to Cry,” “The Light Is Coming” featuring Nicki Minaj, and “God is a Woman” function as optimistic beacons of hope set to club-style beats. Or, as Grande described “No Tears” to the Fader: “Issa bop—but issa message bop.” Featured guests on the new album include producer Pharrell, Minaj, and Missy Elliot, as well as a track dedicated to Grande’s fiancé, Saturday Night Live’s Pete Davidson. Meanwhile, Grande has made recent feature appearances of her own on tracks by Minaj (“Bed”) and Troye Sivan (“Dance to This”). Sweetener is out now from Republic Records. Listen below.