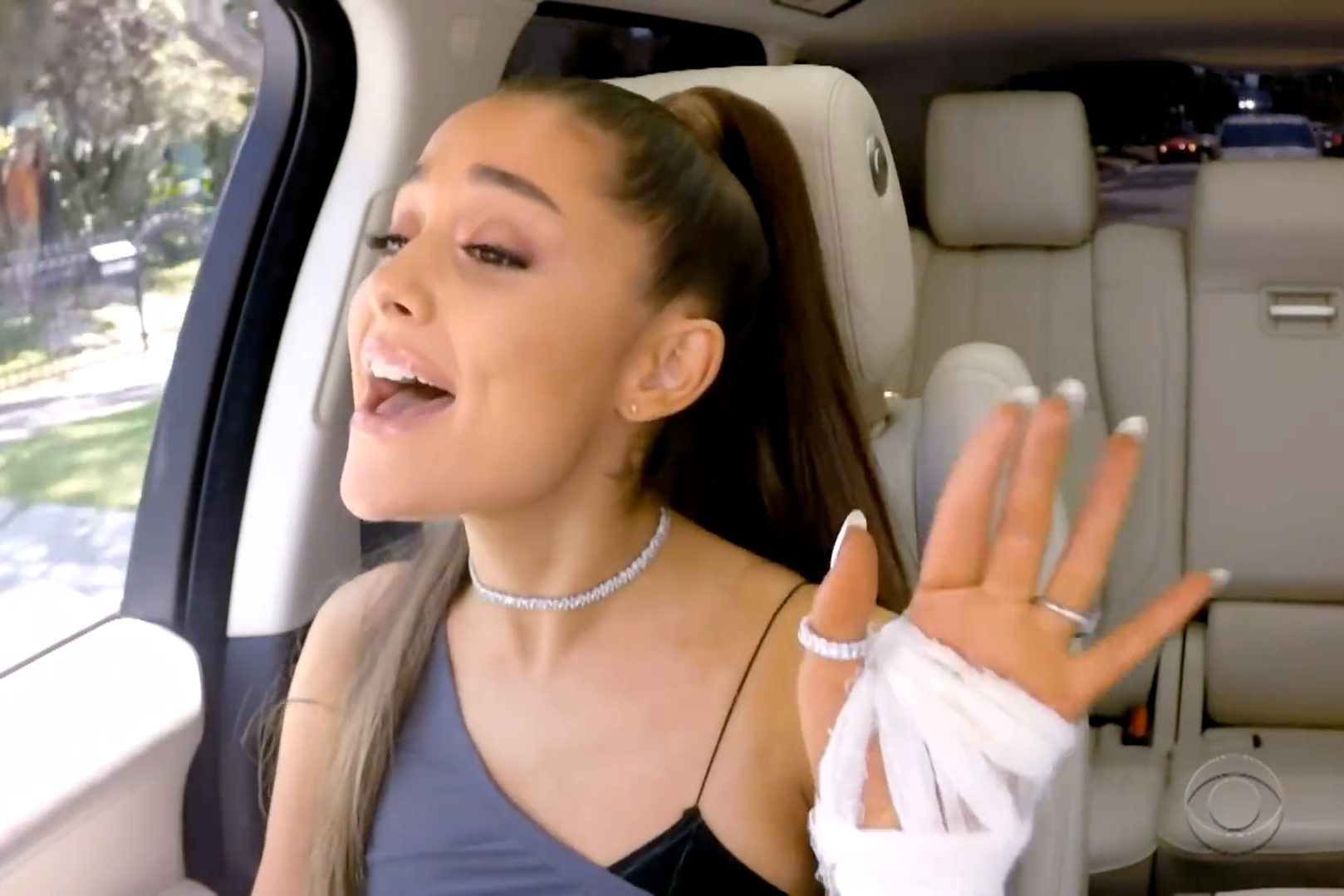 In addition to recreating Titanic on live TV, Ariana Grande recently filmed a Carpool Karaoke segment with the Late Late Show’s James Corden. The two sang Grande’s hits “Dangerous Woman” and “Side to Side,” plus her recent Sweetener singles “God Is a Woman” and “No Tears Left to Cry.” Grande also broke out a Céline Dion impersonation (could this have been the original inspiration for the Titanic bit?), debunked an old tabloid rumor that claimed she demanded staff carry her everywhere she goes, and then had Corden carry her piggyback to a Starbucks. We are, however, no closer to knowing how Grande injured her hand during the shoot.

Sweetener is out tomorrow, August 17. Watch Ariana Grande’s Carpool Karaoke appearance, which in true theater-kid style closes with a selection from Little Shop of Horrors, below.