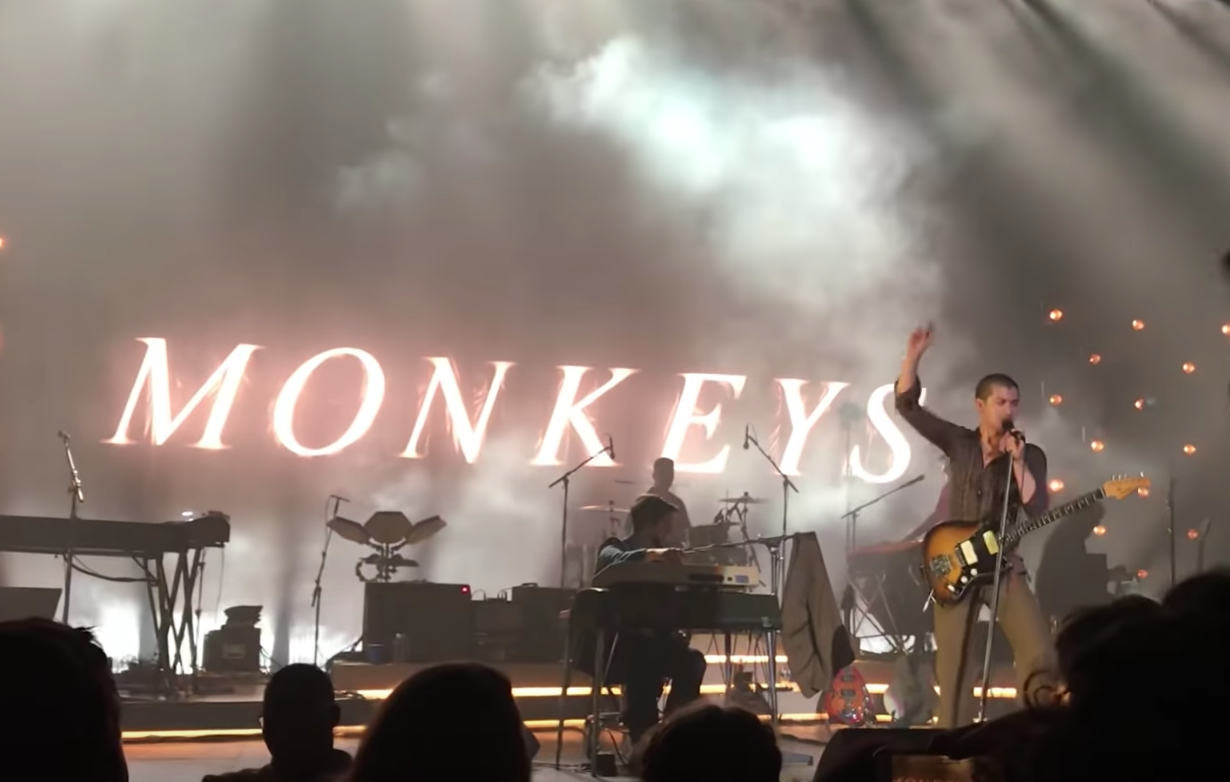 Arctic Monkeys are touring America at the moment, and may be establishing a pattern of covering songs by bands from different cities as they visit them. When playing Forest Hills Stadium in Queens, NY last week, the band took on “Is This It” by formative ’00s-NYC-scene faves The Strokes; in Detroit last night, the British band took on “The Union Forever,” a White Stripes favorite from their breakthrough 2001 album White Blood Cells. “We’re gonna do a little White Blood Cells for a little Detroit spirit,” Monkeys lead singer Alex Turner said, by way of introduction. Check out footage of their moody cover of the Jack White original below, and read our reviews of the Arctic Monkeys’ latest album, Tranquility Base Hotel & Casino, here.