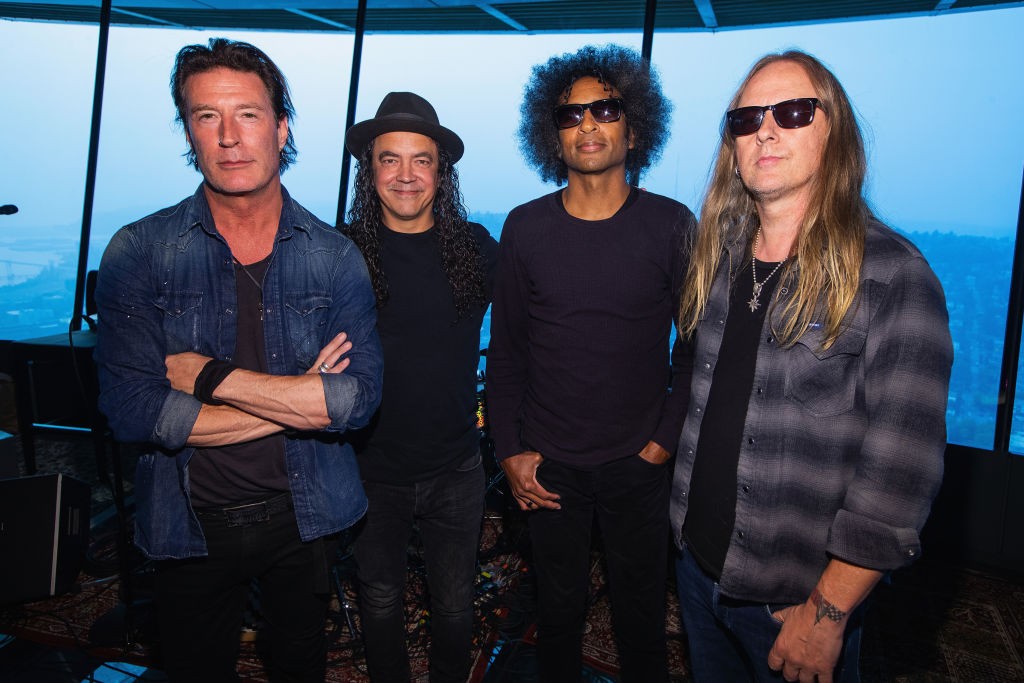 Alice in Chains are back after five years with Rainier Fog. Their third with vocalist William DuVall and produced by Nick Raskulinecz whose worked with them for the past ten years, this marks their first with new label BMG. They returned to their hometown of Seattle to record at Studio X where they had Queensrÿche guitarist Chris DeGarmo play on “Drone.” In a recent interview with Rolling Stone, guitarist Jerry Cantrell talked about how the band decided what to include on the album: “If music makes you want to dance, makes you want to headbang, makes you want to air guitar, then the emotion is being conveyed.”

The band released single “The One You Know” ahead of the official album announcement, following the release with singles “So Far Under” and “Never Fade.” For the band, the new music feels like a grown-up version of what they’ve always done. “It’s weird to be 52 years old and have been in a band for 30 years and still doing it at a high level,” Cantrell said in the Rolling Stone interview. “In life, a lot of time is about finding your family, and it’s not blood family. I found my family. We’re still going through this thing.” Stream the album below.

Correction: An earlier version of this post stated that Duff McKagan is featured on “Rainier Fog.” While he played on an early demo, he does not appear on the final version of the album.