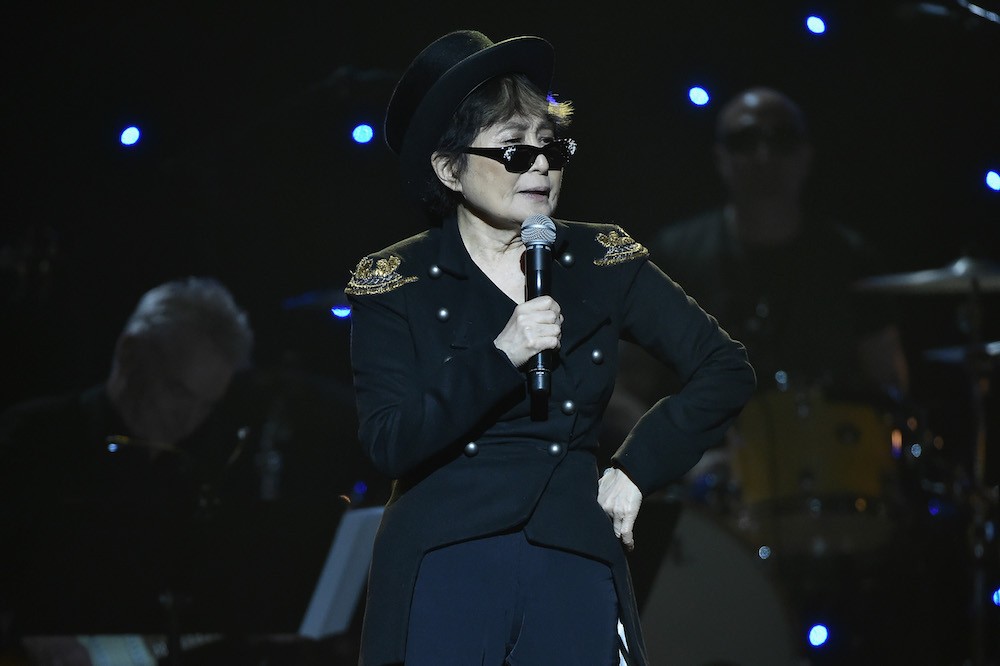 Yoko Ono’s just-announced new album Warzone will feature reworked versions of tracks from throughout her career, as well as a cover of her late husband John Lennon’s “Imagine.” Today, she’s released the title track, which first appeared on her 1996 album Rising.

The original “Warzone” was a rousing hardcore punk song. This “Warzone” is radically reimagined, with expanded lyrics and an arrangement that consists almost entirely of prepared piano, some sampled gunshots, and Ono’s unmistakable voice. That seems to be the new album’s M.O.: a press statement reads that it will be a “minimalist landscape,” “with a particular emphasis on Yoko’s voice and lyrics.”

The album will be released October 19 on Sean Lennon’s label Chimera Music. The label will be digitally releasing one of its 13 tracks every Tuesday between now and the release. Hear “Warzone” below.