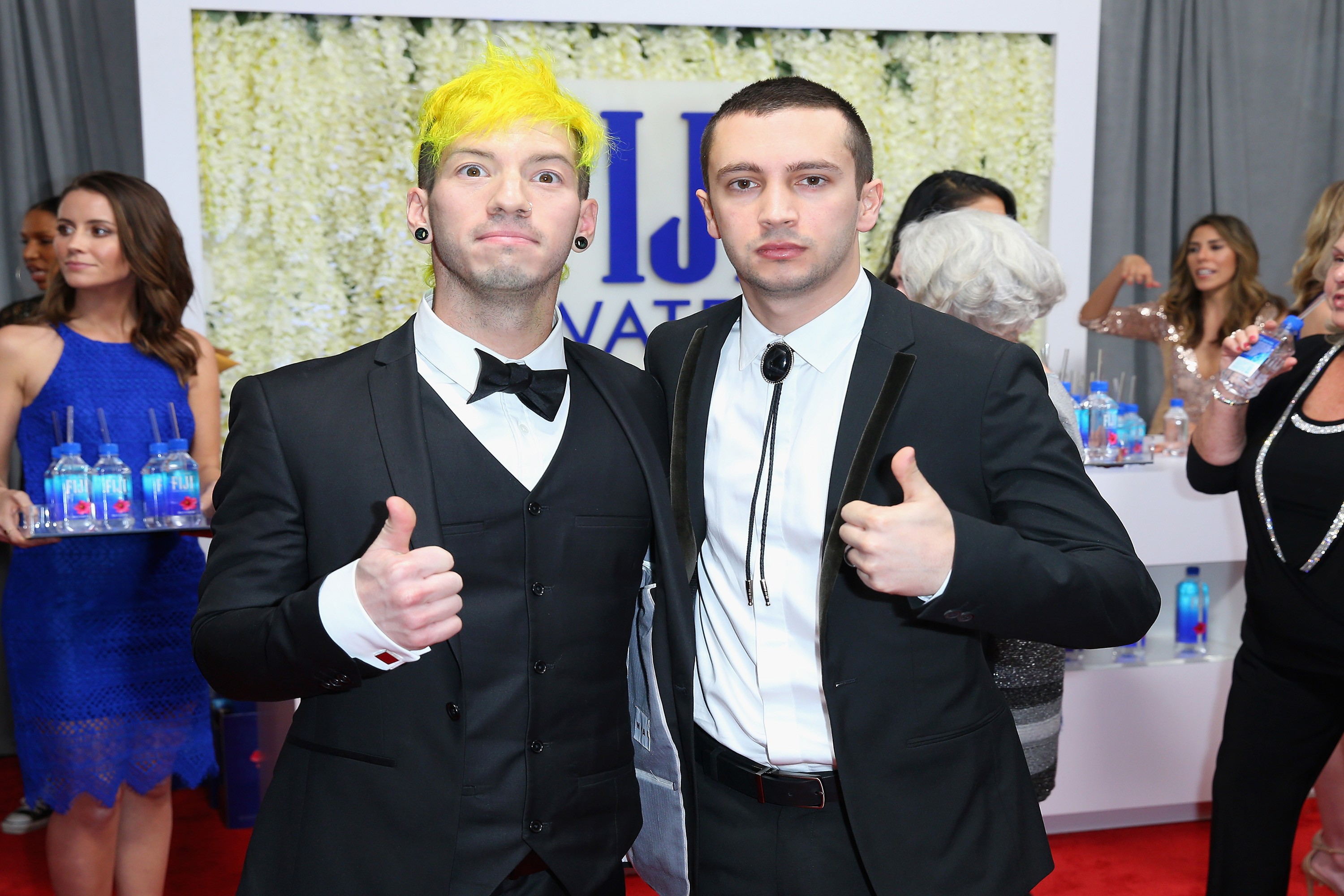 Grammy-winning duo Twenty One Pilots have announced their first album in three years, titled Trench, and shared a pair of new tracks, “Jumpsuit” and “Nico and the Niners.” The new album arrives October 5 from Fueled By Ramen, and the band has also announced a massive Banditos Tour kicking off October 16 in Nashville.

The new singles are remarkably straight-faced for a band who accepted their Grammy pantsless. Though Twenty One Pilots are known for genre-hopping between rap and piano rock on songs like “Ode to Sleep” and “Guns for Hands,” “Jumpsuit” is as close to straight-ahead rock as they’ve ever come, with a distorted bass line reminiscent of “I Will Possess Your Heart” as performed by Muse. They haven’t abandoned their roots entirely: “Jumpsuit” juxtaposes a piano break with a nu-metal-like crescendo. The ominous, moody lyrics could be about either frontman Tyler Joseph and the music industry or the band’s fictional protagonist Clancy: “I can’t believe how much I hate / Pressures of a new place roll my way / Jumpsuit, jumpsuit cover me.” Meanwhile, “Niners” is closer to the reggae-pop sound of their hit “Stressed Out” and Suicide Squad single “Heathens,” reprising the vocal modulation effect that represented the character of Blurryface on the 2015 album of the same name.

Twenty One Pilots became all but inactive after the conclusion of their Emotional Roadshow tour last June, announcing their hiatus with a reference to the hook of their 2013 song “Car Radio” (“And now I just sit in silence”). Several months ago, fans noticed clues leading to a strange website believed to explain the convoluted backstory of the new project. The title of “Niners” seemingly refers to the “Nine Bishops,” who preside over a fictional city called Dema, from which a group called the “Banditos” are planning their escape. The latest album rollout also involves scribbled journal entries, a fictional religion called Vialism, and a video of an eye opening, in a Cloverfield-esque alternate reality narrative that expands on the band’s previous mythology.

The backstory is confusing and likely to lock out anyone who isn’t a hardcore fan, and serves to further complicate the songs. With its structure influenced more from progressive rock than contemporary pop, “Jumpsuit” seems unlikely to gain the mainstream radio traction of earlier Pilots singles, but “Nico and the Niners” could—regardless who understands the context for its title. Listen to both new songs below, and view Twenty One Pilots’ upcoming tour dates at their website.

Twenty One Pilots Share Video for ‘Level of Concern’