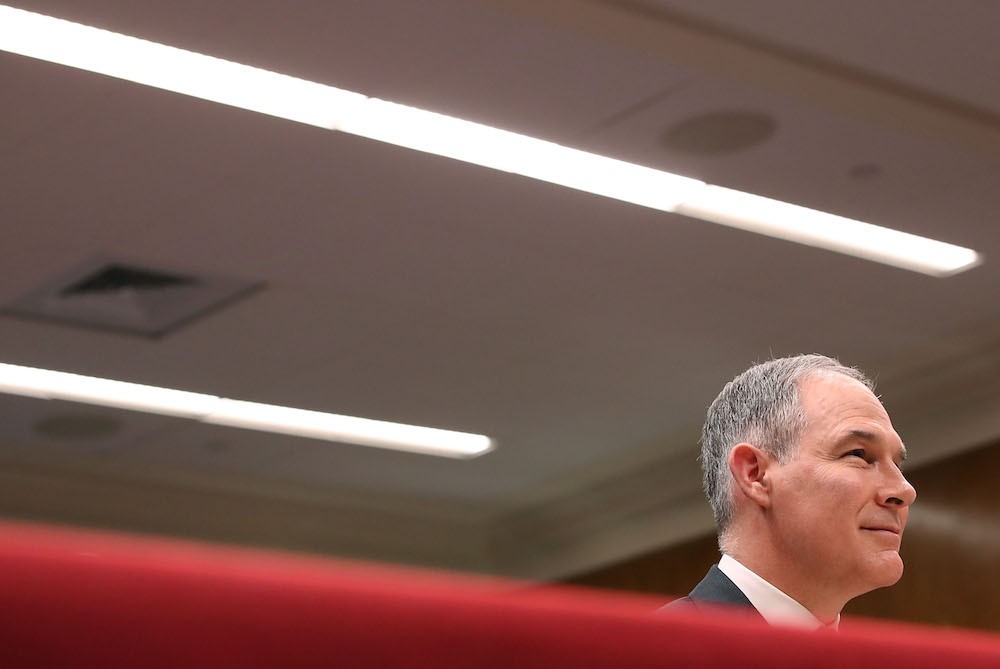 The patriotic Americans who have spent the last few weeks making life miserable for people like Stephen Miller and Kirstjen Nielsen can take some comfort in knowing that their efforts are working. Amid a flood of stories like this one about Steve Bannon being accosted at a bookstore over the weekend, the Washington Post published a lengthy story on the widespread efforts of ordinary people to disrupt public life for Trump administration staffers and appointees.

There’s a good detail about Miller—an architect of the “zero tolerance” immigration rule that led to family separations at the border—throwing away $80 worth of sushi because he was mad that a bartender flicked him off. There’s also an illuminating quote from onetime communications director Anthony Scaramucci, hinting at the possibility that these protests are having a more substantial effect than a few ruined dinners:

“I would say it’s burning people out,” said Anthony Scaramucci, Trump’s former communications director. “I just think there’s so much meanness, it’s causing some level of, ‘What do I need this for?’ And I think it’s a recruiting speed bump for the administration. To be part of it, you’ve got to deal with the incoming of some of this viciousness.”

The quote, like others from Kellyanne Conway and anonymous colleagues of Miller, is clearly intended to elicit sympathy for the targets of protest and to paint the protesters as partisan extremists with no human decency. But to the extent that Scaramucci can be considered a reliable source about goings-on inside the White House, it should also provide encouragement to the protesters that their tactics are working.

People like Conway and Miller exist in self-reinforcing thought bubbles, and their money and power insulate them from the effects of their policies, which are actively ruining the lives of lots of people every day. If they’re still working in the White House at this point, there can be no convincing them of the error of their ways. What we can do instead is make the daily experience of being a Trump staffer so exhausting that they eventually just give up. Environmental Protection Agency chief Scott Pruitt resigned just days after being told to do so in excruciatingly public fashion by a teacher who was concerned by his dismantling of the agency he is charged with leading. It’s unlikely that the dressing-down convinced Pruitt to leave his post, but it certainly didn’t make the prospect of staying any more appealing.

Burning people out is good. A “recruiting speed bump for the administration” like the one Scaramucci describes—a situation in which people no longer want to work for the president because they’re afraid of getting yelled at—is just about the best outcome a protester could hope for.