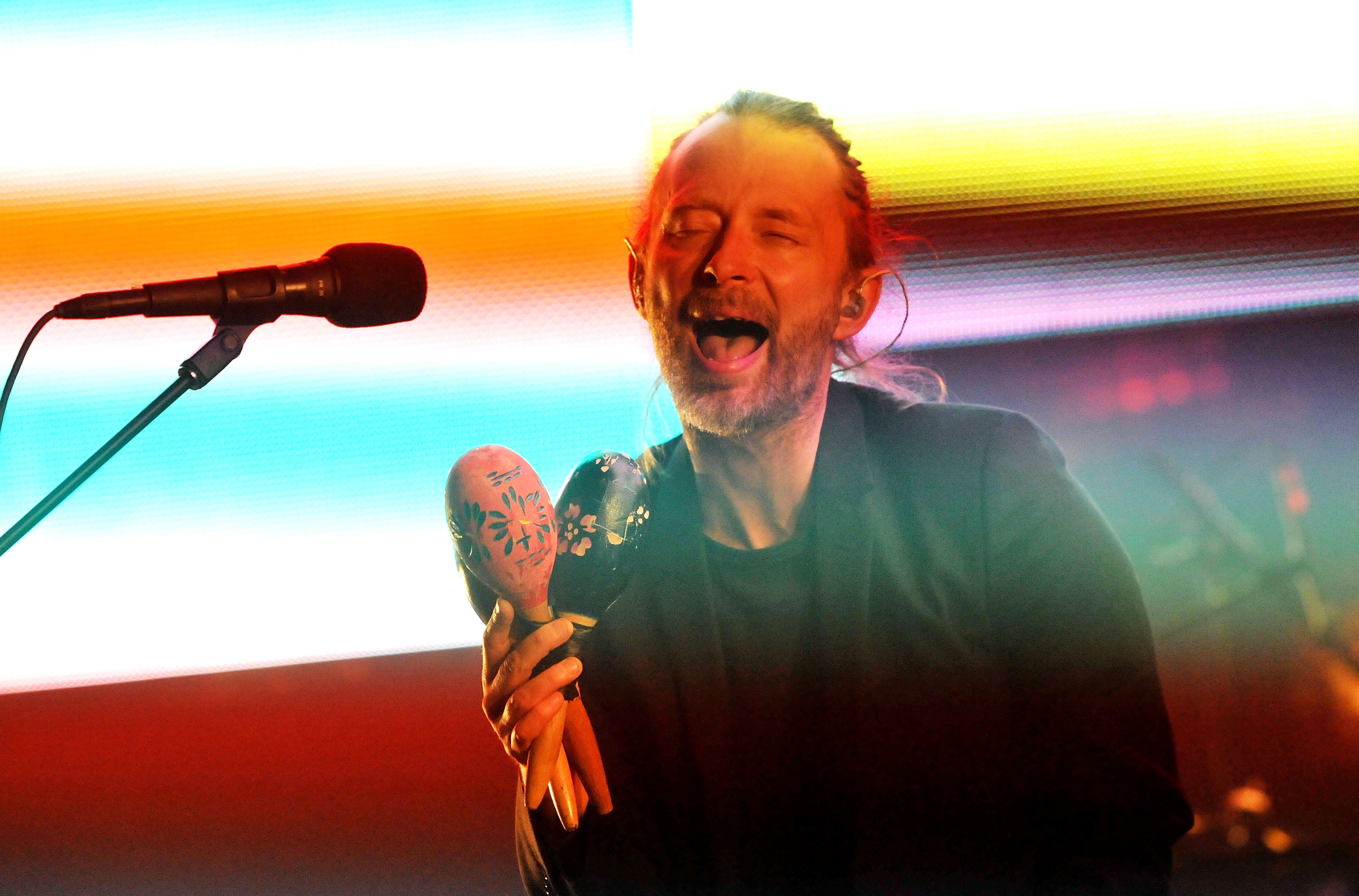 Michael Stipe, he of R.E.M., is a visual artist, and has been focusing on that line of creative inspiration in recent years. In May, he released a book of photos called Volume 1. Now, he has an art show inspired by the book up at the Journal Gallery in the Williamsburg area of Brooklyn, a once-scrappy locale which increasingly resembles the more luxurious neighborhoods of upper Manhattan. Entitled Infinity Mirror, the exhibition opened earlier this month and is on display through August 12.

This week, one of Stipe’s most illustrious British colleagues had a spare moment to swing through the Journal and stare into the infinity in the mirror: Thom Yorke of Radiohead, a man who might reasonably have incorporated the title of Stipe’s exhibit into a tweet at some point. Stipe notified the world of the visit, which was made while Radiohead is in NYC for a run of shows at Madison Square Garden (Stipe reportedly attended one), via Instagram.

In this simultaneously blessed and haunted image (see below), Stipe looks like a normal, sporadically active legacy rock musician making the most of middle age, and Thom Yorke looks like a nightmare fashion cowboy/Quaker, genetically engineered in a lab to loiter by the bar at some Fashion Week event. Name a more iconic Magic Eye:

@thejournalinc thom the greatest ever dropped by the show

Is there symbolic import to Stipe’s arm being behind his back, and Yorke’s tightly gripping an unidentified object? Why are they holding hands? And the wrong way, at that? Is the implication of friendship here (“thom the greatest ever,” Stipe alleges in the caption) a total ruse? Should this photo now be included in the Infinity Mirror exhibit? You decide, dear reader, and please keep your answers to yourself.