Home » News » Beer vs. Weed, or the Virtue of Sleep

My girlfriend and I spend a lot of time listening to records and drinking, just as we spend a lot time listening to records and smoking weed. A few years ago, while doing the latter, we put on an old Patsy Cline compilation called I Can’t Forget You. Though it is a mutual favorite, I felt a vague dissatisfaction as soon as I dropped the needle. I don’t remember what song was playing when I finally placed it—maybe “Come On In,” maybe “I’m Hungry For Love.” That undeniable lead vocal, those reeling rhythms, that brassy barrelhouse piano: We were both high, and yet for some reason we were listening to beer music. This grave misalignment lasted until Patsy’s beautiful rendition of “Life’s Railway to Heaven” came on a few songs later. Religious songs, you see, have a lot more to do with weed.

Ever since that night, I’ve found beer music versus weed music to be a useful distinction, one that can handle almost any anything you throw at it. I recently had occasion to revisit this paradigm, upon seeing a performance by the stoner metal trio Sleep, who are touring behind their recently-released fourth album The Sciences. It was excellent.

Before we get into why, let’s talk about the difference between beer music and weed music. If it’s not immediately obvious to you, allow me to provide a few examples. Almost anything you’d call “rock’n’roll” is beer music, though when you shorten it to “rock” it’s possible you’re edging into weed territory. Forget the Grateful Dead’s public association with acid: When Jerry sings it’s probably weed music; when Pigpen sings it’s definitely beer music; and Bobby is a sativa with a bad habit of trying to pass himself off as a lager. Rap is similarly multivalent. Jay-Z is mostly beer, Nas mostly weed. OutKast, obviously, are weed all the way. Rae Sremmurd are a classic beer/weed duo, with Slxm Jxmmi being the drink and Swae Lee being the smoke. Drake is a beery rapper who tends to work with weedy producers.

The simplest way to figure out whether music is beer or weed is to decide which you’d rather be imbibing while listening. But the question also runs much deeper than that. Though the final decision will come down to your gut, there are guidelines you can follow. A strong emphasis on lead vocals is a beery trait; long instrumental passages are weedy, especially when they’re improvised. Beer is often major, weed minor; beer fast, weed slow. Weed tends toward intense dynamics, beer toward steadiness. When you’re drunk you want a melody you can sing, and a story you can follow; when you’re high you want atmosphere, ellipsis. Thus, the art of writing songs belongs ultimately to beer, and the art of making sounds belongs to weed. 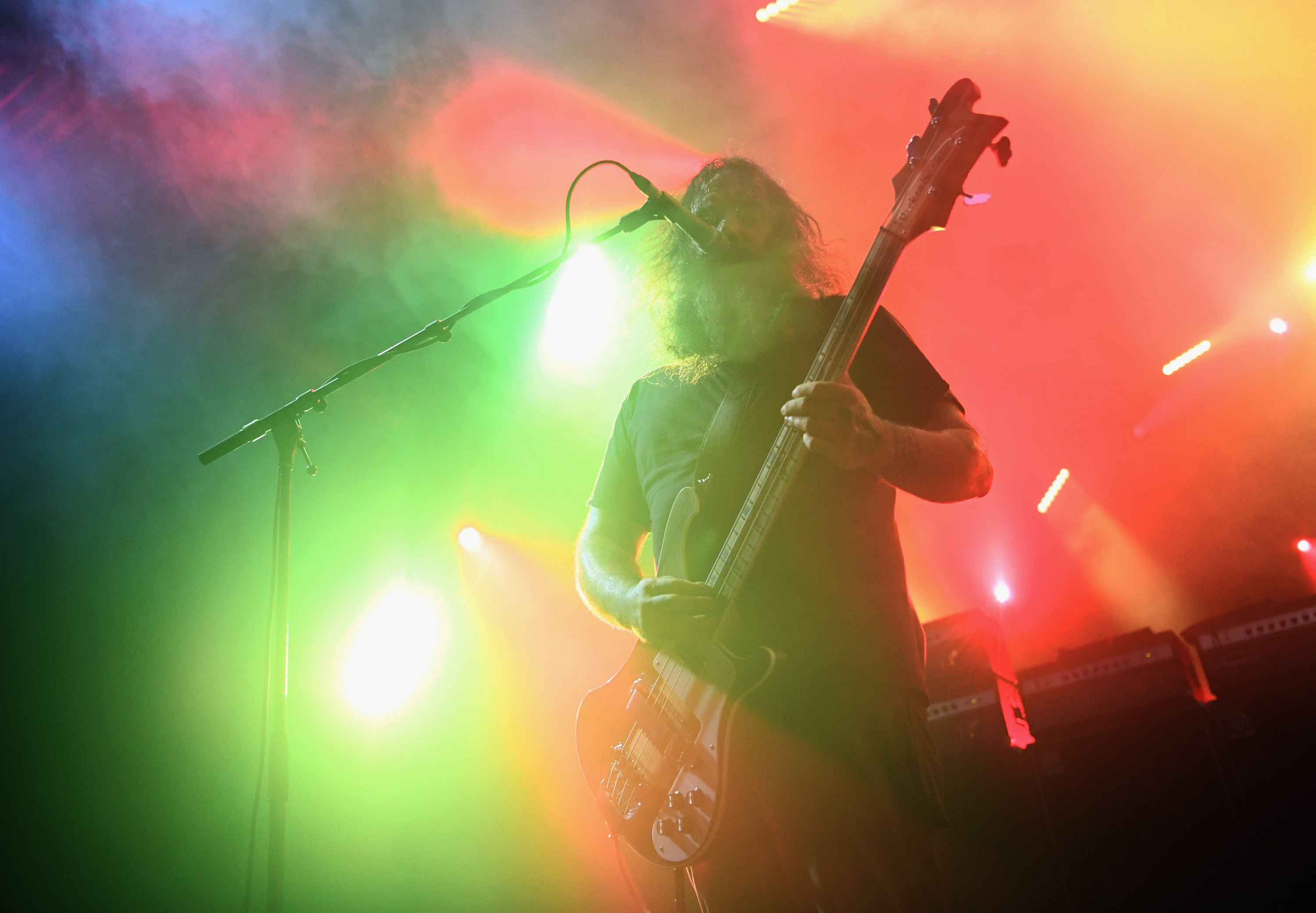 Weed and beer have no preferences for historical eras, though they may may maintain tenuous alliances with genres. Haydn and Mozart are beer; Bach and Debussy are weed. (Chopin, like Leonard Cohen, is the rare artist who tempts us to posit a third category: wine.) Coltrane, Miles, Monk, Mingus, Ornette, Ayler: Weed characterizes nearly all jazz worth listening to. Country, as I learned that night at the turntable, is chiefly drinking music—even Willie Nelson. (The actual substance intake of the musicians matters some, but not totally.) Most bad white reggae comes down a failure to understand the difference between the two poles. Sublime’s “Smoke Two Joints,” for instance, is a beer song that happens to take weed as its subject matter.

Or maybe I’m overthinking it. Am I high? Let’s get back to the matter at hand.

Sleep: Their own iconography identifies them as a weed band, unquestionably and even absurdly so. The long hair. The album called Dopesmoker and lyrical references to “weedians,” “marijuananauts,” and “rifftrees.” The green light that often bathes them onstage. The word “stoner,” right there in their putative genre name. But as I listened back through Sleep’s catalog on the day of their Brooklyn show last week, it struck me that this is the rare band that achieves the perfect beer-weed fusion. Plenty of artists try to cross the wall, but you can usually hear the strain. Even the Rolling Stones, history’s greatest beer band, made Their Satanic Majesties Request. But when Sleep join forces, it’s like the wall doesn’t exist. Look at the band’s two major side projects: Al Cisneros’s Om is clear and yearning, practically a meditation aid; Matt Pike’s thrashier High on Fire is like a crushed aluminum can and a punch to the side of the head.

If you’re feeling skepticism that Sleep are anything but straight weedheads, that’s understandable. And admittedly, their music has grown less beery with each passing release. Allow me to refresh your memory with “Dragonaut,” the stone-cold classic opening track of their second album, 1993’s Holy Mountain.

Bask in the sleaze of that opening riff. Allow the swing of the drumbeat to inhabit your limbs. Headbang, if you’re so inclined. Now tell me: Are you not wishing for a domestic bottle of your choice to crack open? Would the suds not feel good as they slid down the back of your throat?

These days, Sleep are slower, more hypnotic—heavier, and headier, than they were in the early ‘90s. But they haven’t abandoned beer. For illustrative contrast, take a band like Sunn O))), who use similarly dirgelike tempos and distorted guitars to create something quite different: overwhelming, undifferentiated sheets of sound—unequivocal weed music, of the most brutal sort. Sleep’s performance during the Brooklyn stop of the tour involved pentatonic scales, hammering backbeats, and raised middle fingers in the crowd: this is beer, exhilarating and physical. But it also involved closed eyes, overwhelming volume, and notes that extended into beams of crystalline overtones: this is weed, ecstatic and heavenly.

When they played the 17-minute post-Sciences single “Leagues Beneath,” I thought of “Hallogallo,” by German art-rockers Neu! The two tunes are very different on the surface, but they are similarly attuned to a transcendent potential lurking in the stock rhythms and gestures of rock music. Neu! and countless imitators found it in unceasing repetition and momentum. Sleep find it in slowness, volume, and sustain—at the moment when a power chord seems ready to die, but finds new life in a swell of feedback. When Matt Pike takes a solo, the effect is similar: the earthbound sounds of bluesy hard rock, played with enough abandon to release them into the Weedian ether.

Their genius is their ability to enact this transubstantiation regularly: making the profane sacred, without ever losing its essential profanity. Even when their music approaches something like drone, they always boogie. They are like Jesus at the wedding, turning beer into weed and still having beer left over.

If they come to your town, I advise you to see them. Maybe even have a cold one while you’re there.