Panic! at the Disco Cover Weezer’s “Say It Ain’t So” 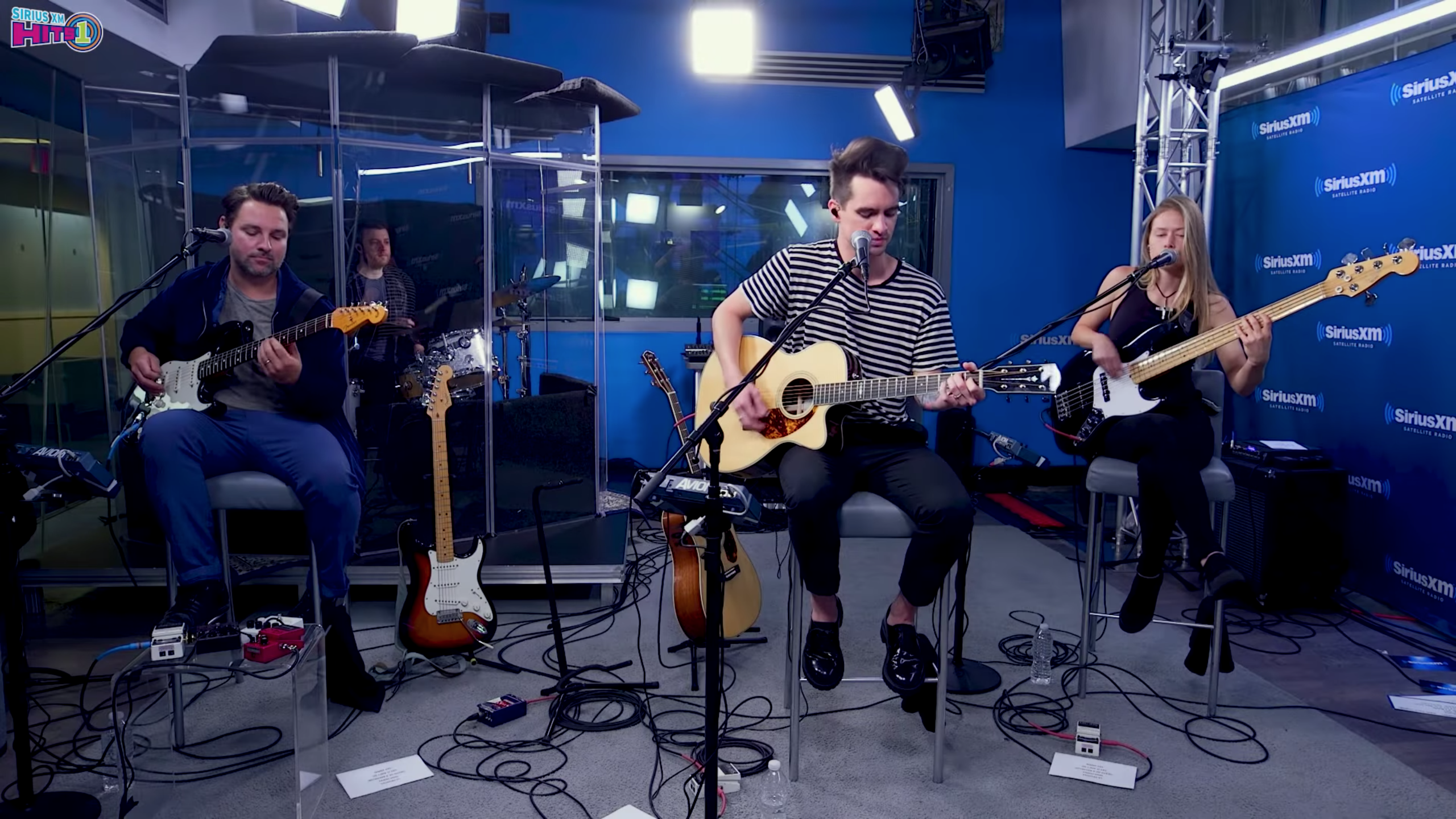 Panic! at the Disco and Weezer both outgrew their original “emo” genre monikers to incorporate pop flourishes into their rock music. Panic!’s Brandon Urie has often cited Weezer as an influence, and Weezer frontman Rivers Cuomo co-wrote “Victorious” from Panic! at the Disco’s 2016 album Death of a Bachelor. Coincidentally, the two bands also share an engineer in Claudius Mittendorfer, who mixed both Weezer’s 2016 The White Album and Panic!’s brand new album Pray for the Wicked. And this week, Panic! (really the project of Urie, the only official member) headed over to SiriusXM to cover Weezer’s 1994 ballad “Say It Ain’t So.”

Urie’s versatility as a vocalist is on display in this surprisingly stripped-down cover. There are none of the theatrical antics found on Pray for the Wicked, or even a replica of the original song’s distorted power chords. Instead, it’s a restrained, acoustic performance with clean electric guitar from Kenneth Haris, and it suits both the song and the band well. Watch below.

Panic! at the Disco also performed their current singles “Say Amen (Saturday Night)” and “High Hopes,” with the latter receiving a country makeover befitting its co-writer Jenny Owen Youngs. Watch those below.