Nef the Pharaoh and 03 Greedo Shine on “Blow-Up Bed” 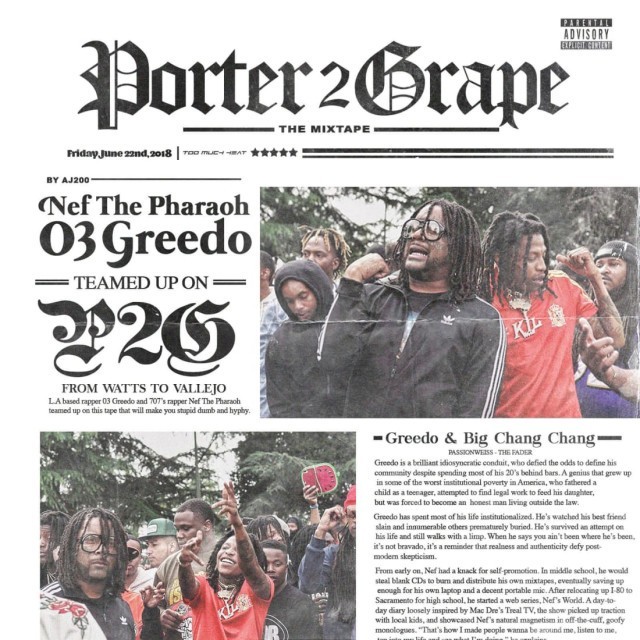 03 Greedo and Nef the Pharaoh have just released a new five-song EP titled Porter 2 Grape. While it’s solid front to back, the immediate standout is a luxurious jam called “Blow-Up Bed.” The production drips with Bay-to-L.A. funk; subdued snaps and bouncy low-end capture the rush of speeding down an endless California freeway. What really kicks the beat into high gear, though, is a gorgeous little riff buried deep in the mix–it sounds like a thumb piano heard from a distant room at a mansion party.

The glossy production inspires both artists to bring their A-game. Nef lays down slick imagery—”I’ma pull a drakeo out the bag, fuck a rabbit / Now watch ‘em get to hoppin’ like a bunny when I clap it” is an incredible line in itself—while Greedo nails the chorus. His voice bursts with heartfelt emotion when he croons, “I been down before I blew up… I was on a blow-up bed.” In that moment, it feels like there’s nobody else that could pull off his effortless capacity to blend elation and sadness within the same verse.

Greedo may be currently serving a 20 year sentence for a drug charge, but if this tape is any indication, the material he’s stacked up over the past year should keep fans listening for a long time to come.