A New York judge has ordered Sony Music to disclose the identities of those it interviewed for an internal investigation into Lukas “Dr. Luke” Gottwald.

Dr. Luke is pursuing defamation claims against Kesha, and the defendant still intends to argue that her allegations of rape against the producer were truthful statements. The case is in near the end of the discovery phase, and Kesha has sought to find out what Sony knows. Accordingly, Kesha has aimed to compel Sony to produce the names of those interviewed. In response, the music giant argued that such information was protected by attorney-client privilege.

In a decision today, New York Supreme Court Justice Jennifer Schecter acknowledges as Kesha has that there are many federal district court opinions holding that the disclosure of interview subjects during a company’s internal investigation may constitute attorney work product.

However, Schecter credits Kesha’s argument that the scope of privilege isn’t identical in federal and state courts and that there’s at least one case decided by a New York appellate court holding that interviewee lists do not qualify as attorney work product because they are not uniquely the product of a lawyer’s learning and professional skill. 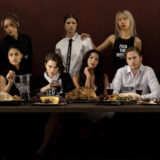 Moreover, Schecter points out that federal precedent only protects an interviewee list where disclosure would actually reveal legal strategy.

“Sony does not… ultimately provide a detailed or convincing explanation of how or why disclosure of the subject interviewee list would reveal legal strategy in this instance,” writes Schecter.

A footnote in the decision explains that Sony hasn’t shown its investigation was conducted in anticipation of litigation as opposed to figuring out whether or not to continue to work with Dr. Luke. Schecter adds that Sony is no longer a party in the case, and that Kesha has articulated a need for this information.

This represents a small win for Kesha as well as a potential concern for other corporations doing internal investigations in the era of #metoo that might find witness lists to be fodder for discovery.

Meanwhile, Kesha and Dr. Luke continue to fight with each other over whether he can expand the focus of this case to include dozens of statements in the press after the lawsuit was filed. On Friday, a score of new exhibits were filed, and while most remain under seal, the court activity reveals depositions from Stefani “Lady Gaga” Germanotta, Adam Levine, and Kelly Clarkson as well as affidavits submitted from Alecia “Pink” Moore and Avril Levigne.

This story originally appeared on the Hollywood Reporter.