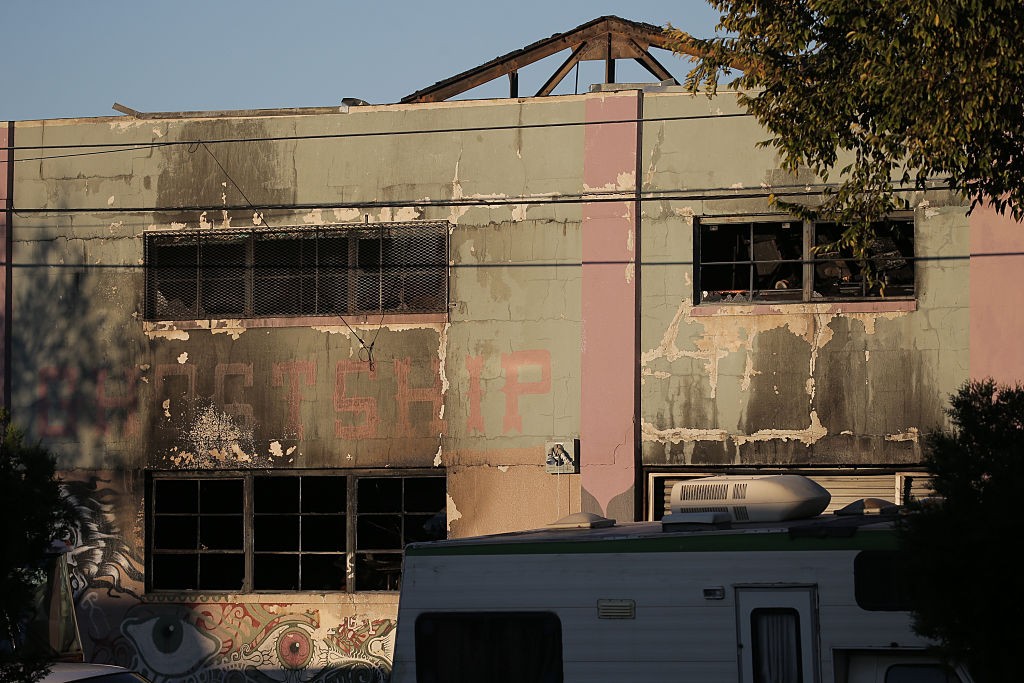 Two defendants in the criminal trial stemming from the deadly 2016 fire at the Ghost Ship warehouse and art collective in Oakland, California are expected to accept plea deals resulting in less than 10 years apiece in prison, the East Bay Times reports. Last year, both pled not guilty to 36 charges of involuntary manslaughter.

Derick Almena, who’s been described as the Ghost Ship collective’s “creative director” and the warehouse’s “master tenant,” will accept a plea deal resulting in nine years in prison, while Max Harris, described as the collective’s “executive director,” will accept a deal for six, according to an email sent from the Alameda County district attorney to the families of victims. Both men are scheduled to appear in court tomorrow (July 3), avoiding a trial that had been set for July 16. They’re expected to serve their time at a county jail, rather than state prison.

The December 2, 2016 fire at the Ghost Ship warehouse killed 36 people attending a dance party for electronic label 100% Silk. Though the warehouse was zoned as a commercial space, Almena is accused of allowing multiple people to live there and of refitting the building with additions, such a flight of homemade wooden stairs, in violation of city code. The family of the warehouse owner has said that Almena told them no one was living in the building.