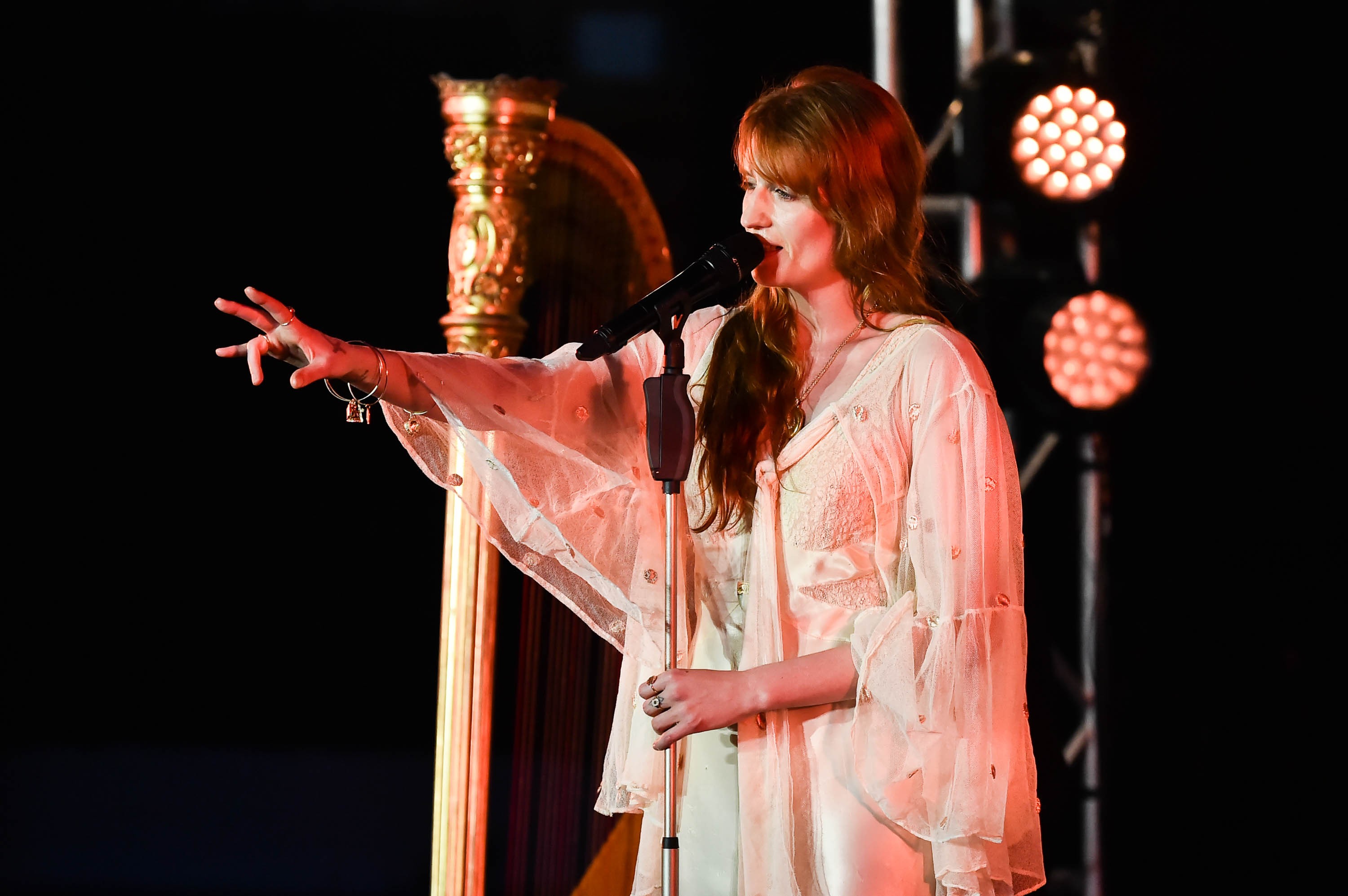 Florence and the Machine recently released their critically acclaimed new album High as Hope. In promotion for it, the band stopped by the studios of SiriusXM for a special four-song session, including a gorgeous rendition of “Silver Springs,” Fleetwood Mac’s classic 1976 B-side originally intended for Rumours. Against a backdrop of elegant piano and acoustic orchestration, Florence Welch’s powerful voice does the original justice.

During the session, Florence and the Machine also performed “Hunger” and “Sky Full of Song” from High as Hope, along with “Cosmic Love” from their 2009 debut album Lungs. The band will be touring North America later this summer through the fall. Listen to audio of the “Silver Springs” cover and watch video of Florence and the Machine’s other performances from the in-studio session below.