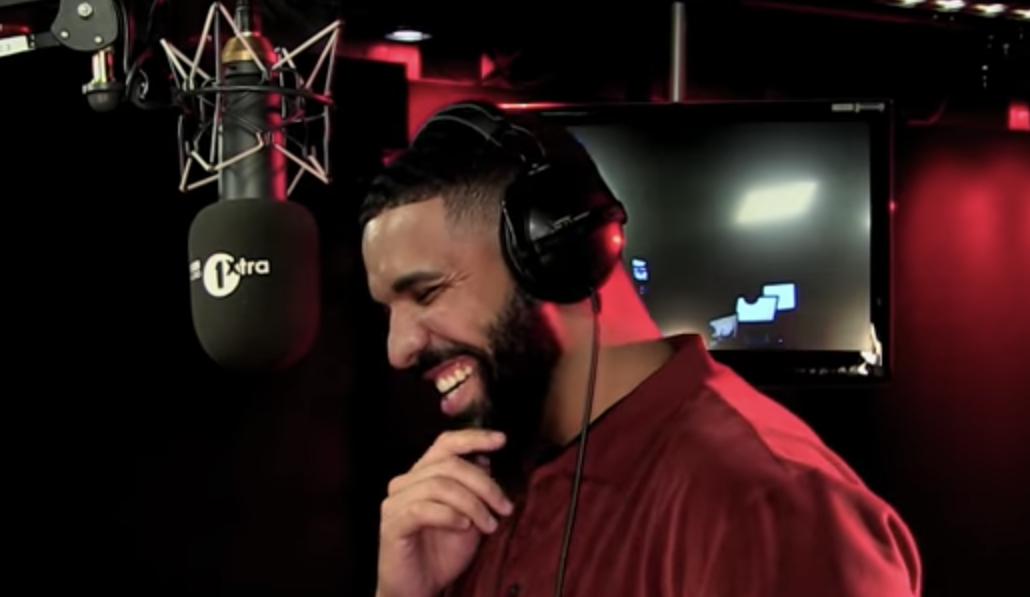 Just a week after his “Behind Barz” freestyle, Drake has continued his U.K. jaunt with an appearance on the BBC 1Xtra show “Fire in the Booth.” Hosted by Charlie Sloth, the show follows a pretty well-trodden format, with the guest rapper delivering an impromptu freestyle over a beat selected by the radio DJ.

Drake’s freestyle stuck mostly discussing his wealth and reputation. “Y’all keeping the score while watching me score/ Y’all keep the awards, I’ll take the rewards,” the Toronto native raps. “If y’all going for fun, I’ll stay and record/ But if y’all going to war, I’m there for sure.”

Drake’s new album Scorpion dropped at the end of last month, earning the rapper his eighth no. 1 album while setting the biggest streaming week ever for a single album. Some of this may had more to do with the album’s massive 25-track runtime than many realize, which benefits from the current Billboard chart system for calculating “equivalent album units” and “streaming equivalent albums” as transitionary units comparable to physical sales. Scorpion also went platinum on its first day, with a CD version of the release that dropped this Friday. Watch the video for his “Fire in the Booth” freestyle below.