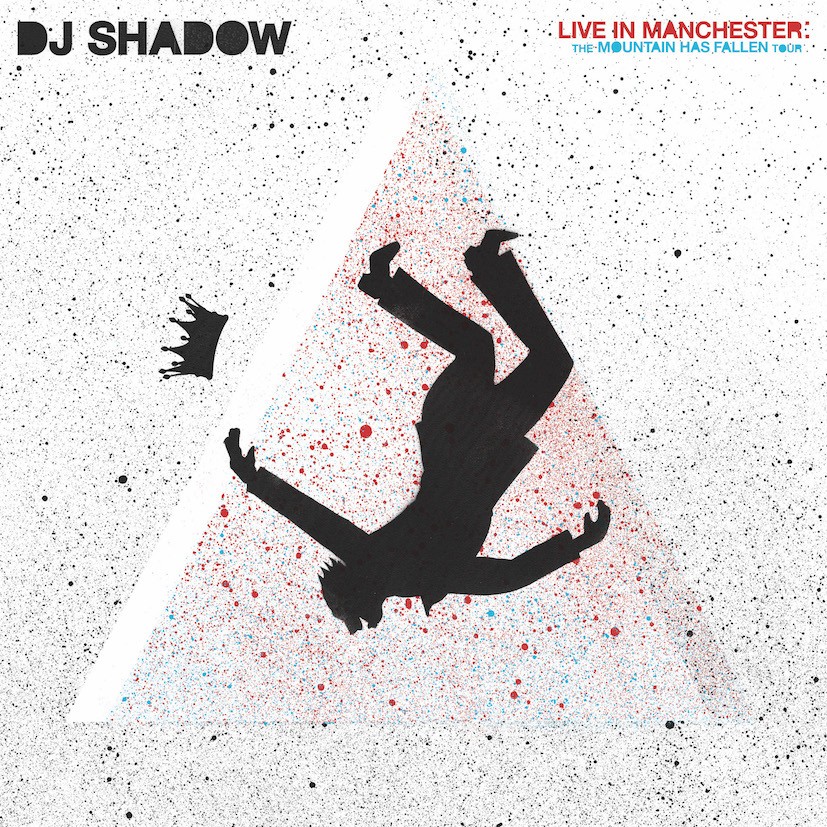 “Everything you’re gonna hear tonight is my own music,” Bay area producer DJ Shadow (Josh Davis) says in the introduction to his new live album Live in Manchester: The Mountain Has Fallen Tour, named after his 2016 album The Mountain Will Fall. “Old stuff, new stuff, remixes, things that everybody in here is gonna know. And things that only…  that guy… right there is gonna know.”

Davis is apparently motioning to someone in Albert Hall in Manchester, England, where a sold-out crowd gathered in October 2017 to hear the mastermind behind 1996’s classic Endtroducing perform his unique brand of heady, atmospheric instrumental beat music. “He’ll show you what to do,” Davis said, instructing the audience to watch how this unseen DJ Shadow stan reacts to “some obscure B-side” or something he “just put up on the internet under a fake name.”

Anyone who has seen Davis live knows that he’s the king of polite stage banter and, like a bonafide sweetie pie, borders on excessive in how often he thanks the crowd for showing up. “We’re gonna get into it, but I always like to point out,” he continued, “if it wasn’t for you, this audience. The support I’ve had in this city for the last 25 years has been incredible, and I just want to say thank you.”

And with that, Davis launched into a joyous career-spanning performance. Stream his new live album below.