Maybe Chance the Rapper Shouldn’t Own a Media Company 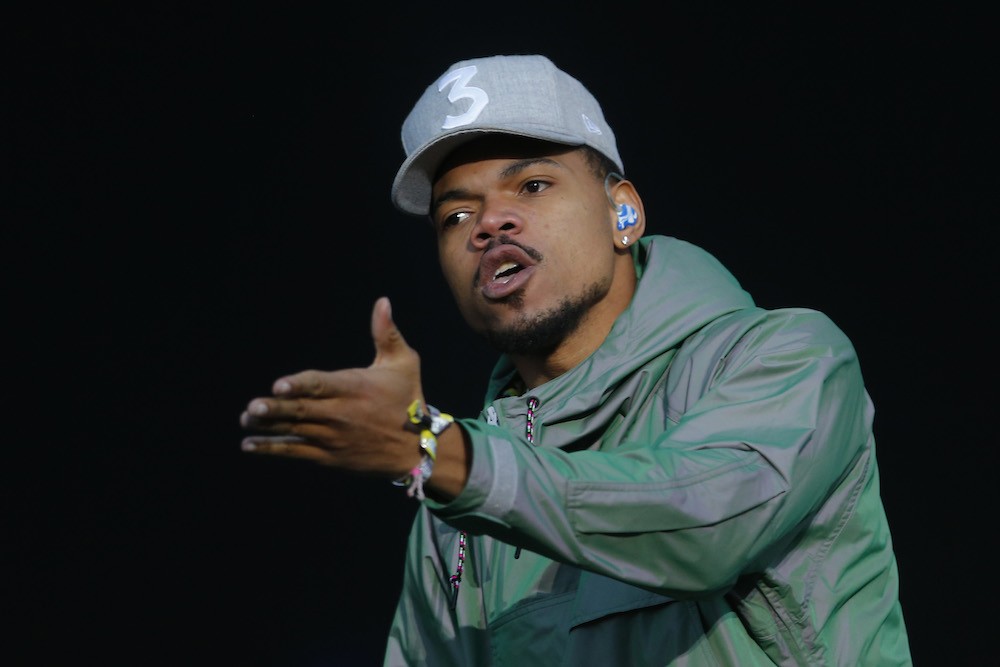 “I bought the Chicagoist just to run you racist bitches out of business,” Chance the Rapper says on his new song “I Might Need Security,” which he released along with three others in a surprise drop last night. This wasn’t a Rick Ross-style moment of imagined moguldom—he really meant it, and “I Might Need Security” was his formal announcement. Today, multiple outlets reported that the beloved Chicago rapper is the new owner of the similarly esteemed local news blog, which billionaire owner Joe Ricketts shuttered along with several sister sites last year after its staffers voted to unionize. Chance reportedly acquired Chicagoist in a deal with the New York public radio station WNYC, the terms of which were not disclosed.

Chance’s stated intentions for Chicagoist are noble. Running racist bitches out of business would be good, and so would “amplifying diverse voices,” as he said he hopes to do in a statement to the press. In recent years, he has become an emblem for local social activism in addition to his work as a musician. He’s recorded a PSA with fellow Chicagoan Barack Obama, for whom Chance’s father worked as a senatorial aide; until recently, he sat on the board for the DuSable Museum of African American History. A Chance-owned Chicagoist is certainly better than no Chicagoist at all, and given Ricketts’ ruthless union-busting, Chance has a good shot at being a better boss that the last guy.

But a celebrity swooping in to save a news outlet from death is not exactly a reason to feel cheery about the future of journalism. There are obvious conflicts of interest to consider: Famous people generally don’t like it when reporters and critics write negative things about them. And Chance, though not nearly as wealthy as Ricketts, is also well-connected among certain corners of Chicago’s powers that be—connections he might be inclined to preserve if he catches wind of his employees doing some unflattering investigative reporting into them.

This isn’t baseless speculation: Last year, Spin reported on an incident in which Chance’s team pressured the website of MTV News into deleting a mildly negative review of one of his concerts, which addressed the “emotional disconnect” the writer felt while watching him perform. According to an email from an editor to staffers, Chance threatened the possibility of “never working with MTV again” if the article wasn’t pulled. When Spin contacted Chance’s manager Pat Corcoran for comment, he wrote:

The vast majority of Chance’s press is flattering. His albums get great reviews, including from this publication, and his involvement in local issues is covered closely and positively. Sometimes, the praise borders on surrealism: “Pretty soon, Chance the Rapper is going to have to change his name to Chance the Really Good Dude Who Seems to Take Every Opportunity to Do the Right Thing,” reads one particularly obsequious blog post about a disagreement between the rapper and Chicago mayor Rahm Emanuel about the city’s police budget.

Still, he sometimes adopts an aggrieved posture toward the media. Even “I Might Need Security,” the song that announced the Chicagoist purchase, is weirdly fixated on Chance’s press coverage. “I donate to the schools, next they call me a deadbeat daddy,” he raps at one point, as if his good works should immunize him from criticism about his child support case. It’s not the first time he’s lashed out: “Sun-Times, get the fuck back,” he said in an Instagram video last year after the local paper ran an evenhanded column about the case. (The first sentence of this brutal hit job is “I don’t want to go hard on Chance the Rapper because he’s one of the good guys.”) The line about “putting racist bitches out of business” comes immediately after the “deadbeat” line and another jab at the Sun-Times, suggesting he bought Chicagoist in part as a fuck you to outlets that criticize him.

To be fair, “I Might Need Security” also contains righteous barbs for Rahm Emanuel, who disastrously mishandled the murder of Laquan McDonald by Chicago cops in 2015. Hopefully, Chance’s stewardship of Chicagoist is focused on similarly clear-eyed criticism of such misuses of power, and not on protecting his own.