Watch Weezer Play “Africa” With the Keyboardist of Toto on Kimmel 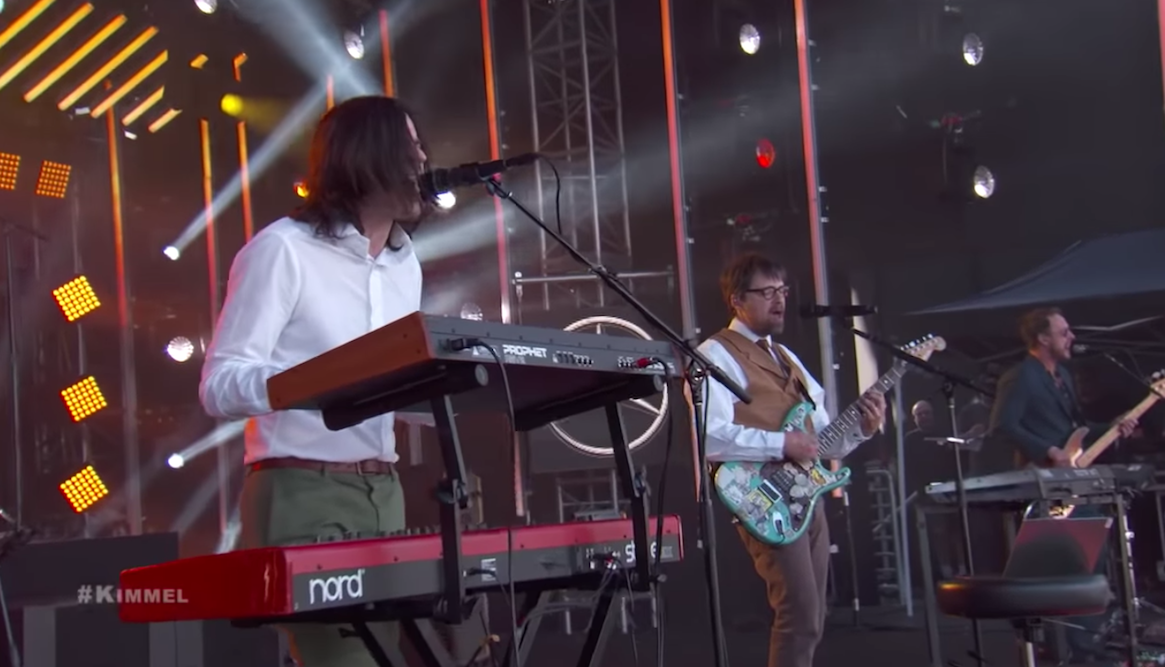 Weezer’s cover of Toto’s “Africa” has given them their biggest commercial success in about a decade, so you should get used to hearing it a lot as they make the rounds trying to squeeze every ounce of publicity out of their viral stunt. Last night, they appeared on Jimmy Kimmel Live to play it, and if Rivers Cuomo wasn’t reading the lyrics off the Dell laptop propped up on a stool in front of him, he sure did a good job of pretending he was. The performance’s saving grace was Toto keyboardist Steve Pocaro, who appeared onstage to rip “Africa”‘s iconic keyboard solo, then disappeared just as quickly before the song ended. We’re not worthy, Steve. Watch it below.