Wayne Coyne on the Flaming Lips’ Early Days: “It Looks Like I Know What I’m Doing, But I Don’t” 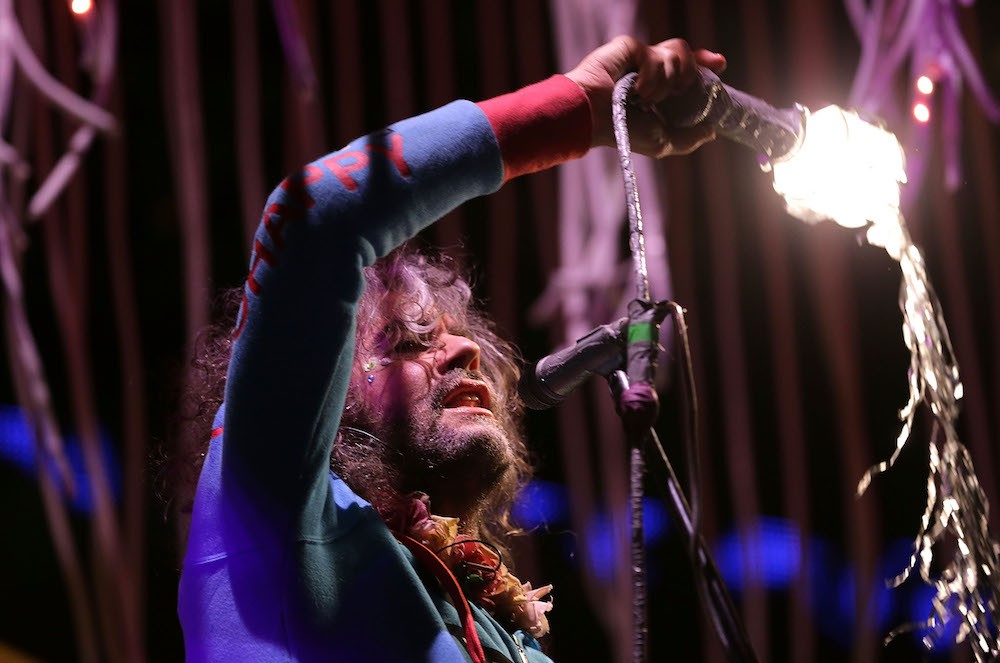 Decades before the circuslike shows, before the giant plastic orb, before the album-length Miley Cyrus collaborations and records filled with Chris Martin’s blood, the Flaming Lips were just a band of young weirdos from Oklahoma trying to figure shit out. Those freewheeling early days of the band—from their formation in the mid-’80s to their signing with Warner Brothers in 1992—are the subject of a charming new Rolling Stone interview with Lips ringmaster Wayne Coyne, which you can read in full here.

The chat is pegged to the upcoming to the upcoming release of the Lips’ Greatest Hits and accompanying box set of material from the pre-Warner era. Lately, the band’s surrealistic pomp has threatened to overtake the actual music. So it’s refreshing to hear Coyne so free of pretense, gushing about stuff like the time they needed multiple people to play a single piano on because no one was good enough to work it on their own. It was on “Love Yer Brain,” from 1987’s Oh My Gawd!!!, and naturally they destroyed the instrument (and recorded it) afterward:

[Drummer] Richard [English] knew how to play the piano a little bit then. We’d all jump around: He’d play part of the chord on the piano, and Michael and I would probably play another piece of it. None of us could play the piano per se, but the three of us together could grab a piece of the piano and say, “You hit that; I hit this.” We’d practice it enough to know it when we’d record it to get one take down. I think even that way – we had to care about each other and cooperate with each other. That brings out those special things in the group, and you quickly get scared that you’re being stupid or sappy or sentimental, and you tried to be tough and noisy. But I think we were lucky that we’d simply run out of time and couldn’t redo it or rethink it…. These things would open us up to another world: “Maybe we can do music that emotional and not just noisy or whatever.”

Or the way they used to get studio visits from a Warner A&R person, and were so unsure of themselves that they were actually disappointed that the suits from the label weren’t telling them what to do:

In the early days, the A&R woman and her assistant would come to the studio, and we always thought they would give us some pointers of what we were doing wrong and what we should do to make it better. They’d be sitting in the studio listening and loving it. I’d be like, “Come on! What do you mean you love it? You’ve gotta fucking help us.” I think about it now and I’m like, “People wouldn’t believe it.” They sat in the studio with us, just listening to it and being like, “What’s this song about? It’s so cool what you’re singing about.” I’d be like, “I don’t fucking know!”

That anything-goes sensibility hasn’t left the Lips—last year’s Oczy Mlody is as weird as anything they’ve ever done—but it’s been harder see as the band’s extramusical theatrics have slowly taken precedence over their albums. One Coyne quote from the interview is particularly revealing in that respect. “By the time we did something like The Soft Bulletin, that’s me totally saying, ‘I’m going to be this character who’s like this worldly pirate from outer space who’s bringing this message of love,’ and that would just be me,” he says. “And as time went on, I just said, ‘Fuck it, I’ll just be that dude!'”