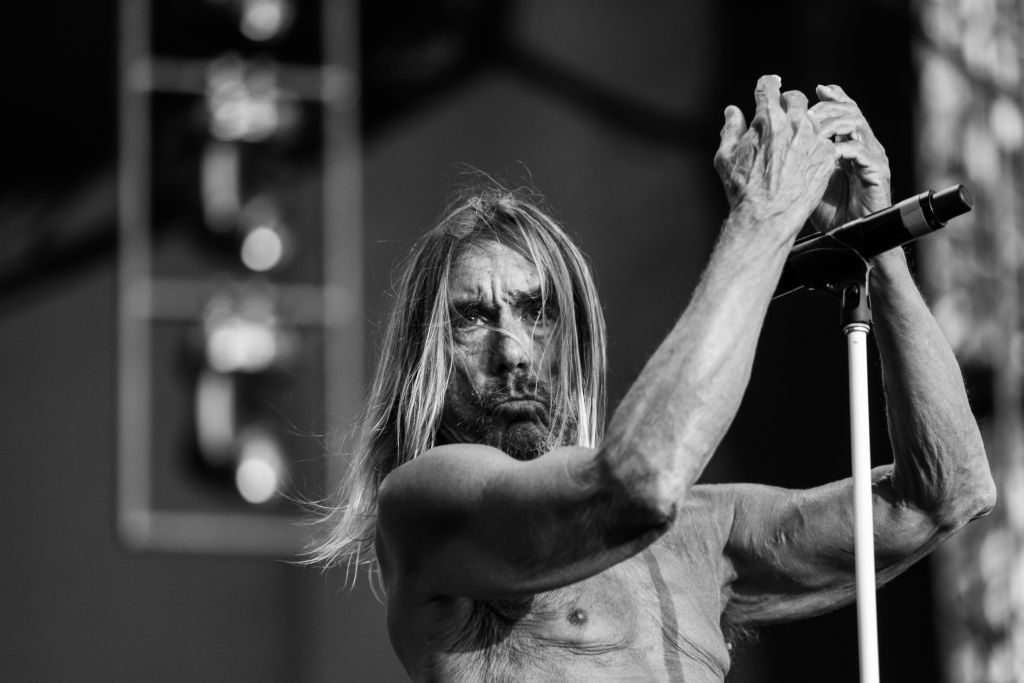 With today’s announcement, this trio of confirmed old heads have shared another new song, “I’ll See Big.” Like “Bells & Circles,” it features an extended spoken word performance by Iggy Pop, but this time both he and Underworld’s soft, spacey arrangement strike a more reflective tone. “I’m getting a little older now, and I start to think about the friends that are gonna think of me when I move along,” Iggy says. “They’re not the best, fanciest people—not even very good people, frankly. Their big claim to fame is: They’re my friends!”