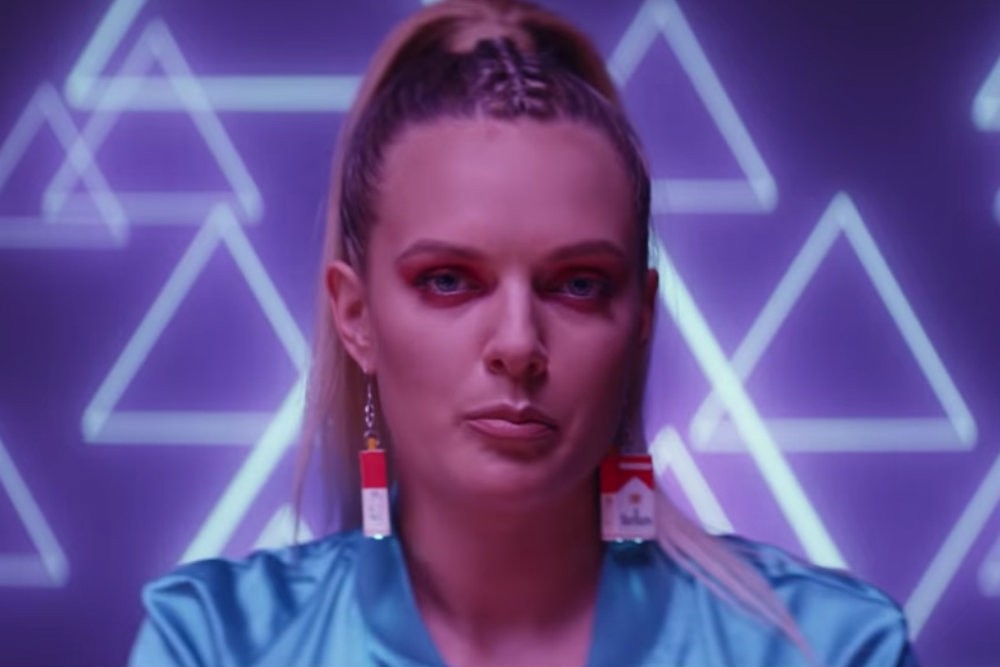 Swedish pop star Tove Lo enlisted collaborators Charli XCX, Icona Pop, Elliphant and Alma to play unconventional relationship counselors in the “Bitches” video, directed by Broad City producer/director Lucia Aniello. Although the timing of the release and the presence of Charli XCX might lead one to assume that this is a response to Rita Ora’s problematic song “Girls” , it’s just a fun remix of a song appearing on Lo’s 2017 album Blue Lips.

“Bitches” extols the virtues of bossy broads and lippy dames demanding that their partners go down on them.

“This song was written with alot of sass and cheekiness and it was important to me that the video showed that. Couldn’t have found a better partner in crime to bring it to life than Lucia. It was SO MUCH FUN,” Lo said in a statement. “All the girls completely slayed their performance both on the track and in the video. I’m so honored to have these powerful voices be a part of it and have so much fun with it.”

Icona Pop described the energy of everyone on set as a “Spice Girls 2018,”with the implication that this iteration of the juggernaut ’90s girl group is infinitely more provocative.