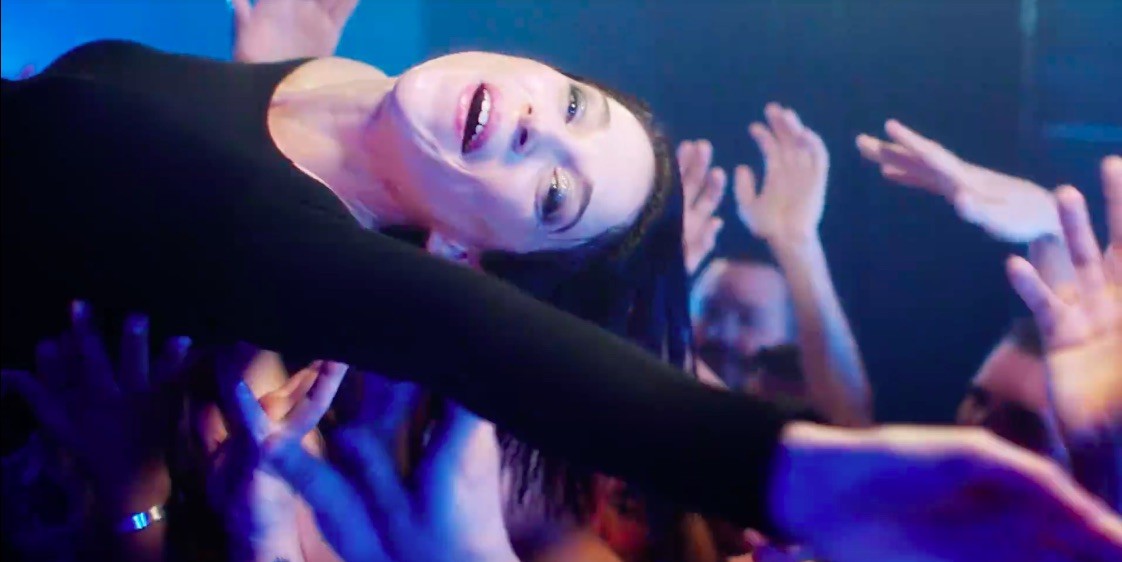 Earlier this month, St. Vincent released a remix to “Slow Disco” off of last year’s MASSEDUCATION, titled “Fast Slow Disco,” and today we get the video for this funky new version. The visuals for “Fast Slow Disco,” directed by Zev Deans, sees Annie Clark grooving and partying in a gay club packed with men doing the same. And then, things take a small turn and it becomes a steamy, writhing affair for everyone inside of the club. The reworked track maintains a sexiness while having a new syncopated rhythm and both aspects are certainly on display here. Watch the “Fast Slow Disco” video below.