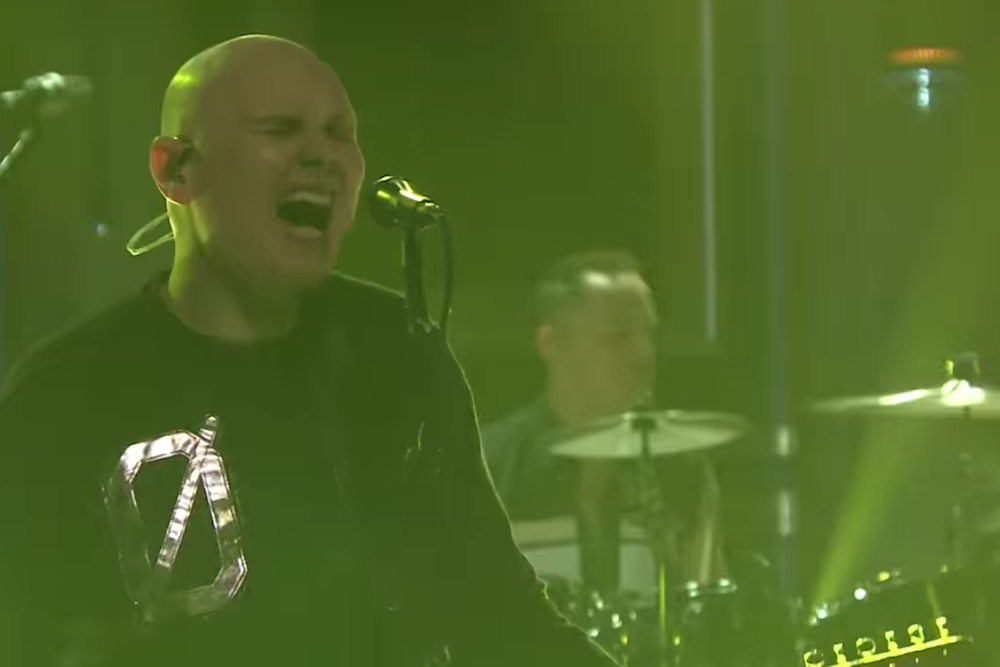 Ahead of their big D’Arcy-less reunion tour, the Smashing Pumpkins appeared on The Tonight Show Starring Jimmy Fallon last night for their first public performance since getting back together. They played their shapeless new single “Solara,” which did not sound any better on stage than it does in the studio version. They also ripped through the classic Mellon Collie cut “Zero,” which sounded pretty sweet, but also served to highlight how far Billy Corgan’s songwriting and the band’s chemistry have dropped off since their ’90s heyday. James Iha, who looks vaguely pissed to be there during the entire “Solara” performance, emerges as the highlight of “Zero,” making the song’s whacked-out guitar solo sound even noisier than it does on record. Watch both videos below.