Sheryl Crow – “Wouldn’t Want to Be Like You” (ft. Annie Clark of St. Vincent) 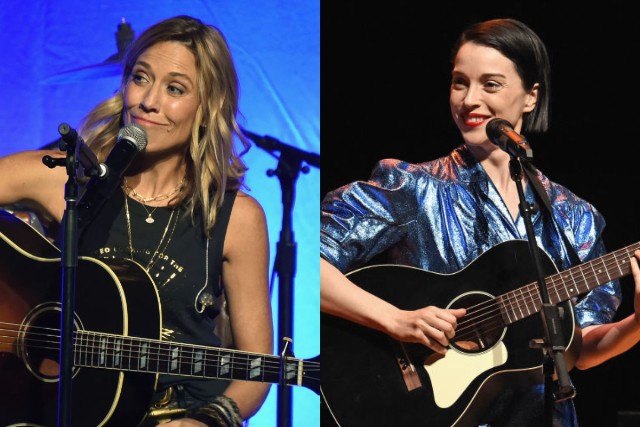 Clark makes her presence known with guitar pyrotechnics, backing vocals, and “all kinds of stuff,” in Crow’s telling (again via Billboard):

“I called her and said, ‘I am dying to have you bring your St. Vincent-ness to this.’ And I said, ‘You will not hurt my feelings if you don’t like the song,'” Crow recalls. “And I sent it to her, and her response was, ‘Fuck yeah.’ That was a direct quote, as only Annie Clark can respond, which I loved. She did all kinds of stuff on it, and we pretty much used all of it.”

The new song is the first taste of an as-yet-untitled Sheryl Crow album set for release in 2019, according to her website. Crow and Clark previously played together at the 2015 edition of Neil Young’s Bridge School Benefit concert. Listen to “Wouldn’t Want to Be Like You” below.