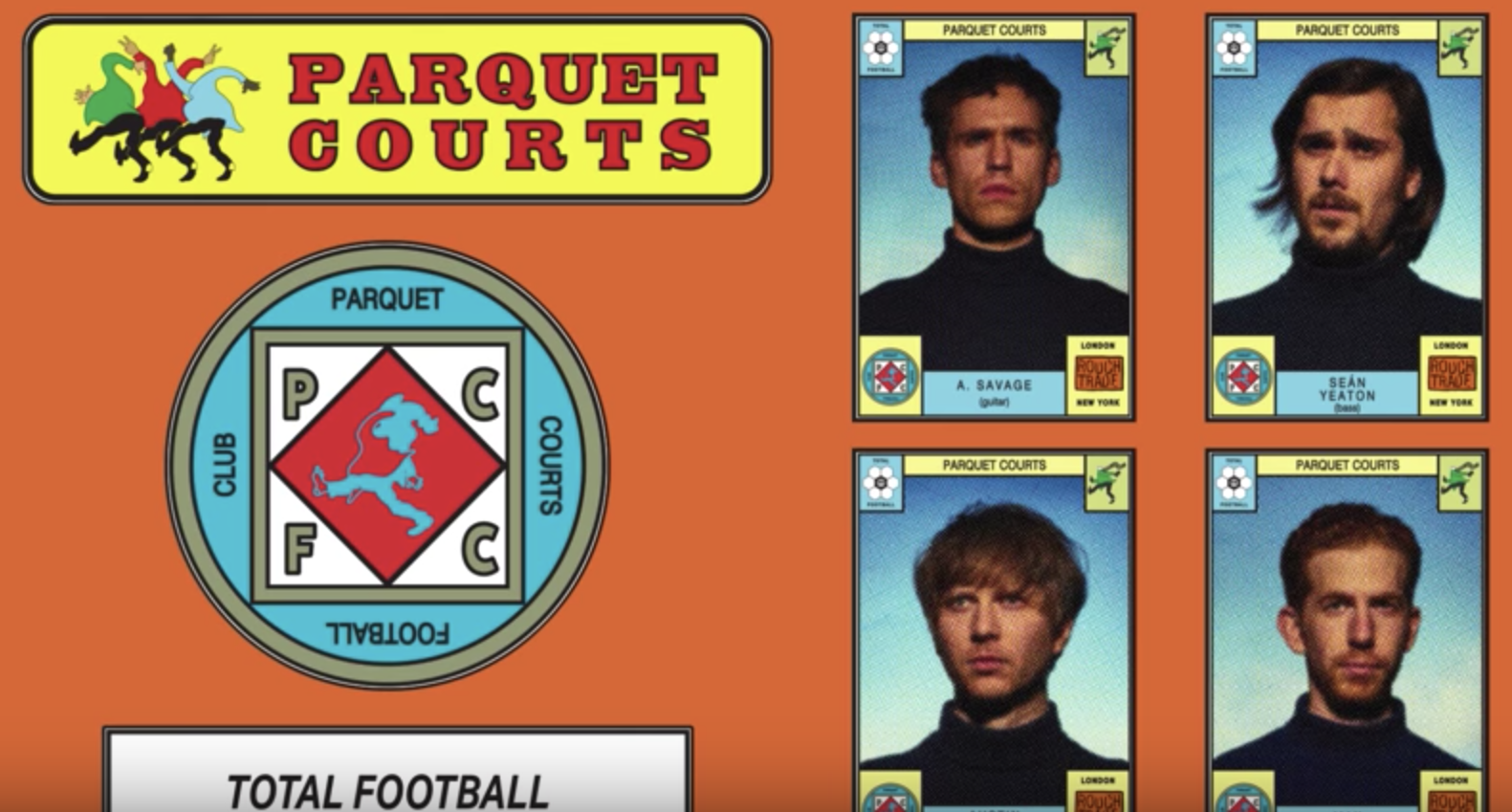 Parquet Courts’ excellent new album Wide Awake! dropped earlier this year, and the band has now released a lyric video for album-opener “Total Football.” In a recent interview with NME, they said the track’s title comes from the Netherlands’ 1974 World Cup soccer team and their “total football” strategy, which featured a “fluid style of playing and collective responsibility among all outfield players.” The song itself emphasizes the similarities between that style of play, the drunken fanaticism of the sport’s international fanbase, and grassroots political activism, with frontman Andrew Savage shouting, “Collectivism! And autonomy! Are not mutually exclusive!” with the song’s conclusion.

Thankfully, the video presents the lyrics front and center, with rolling footage of each line paired with trading card-like images of the band in matching mock turtlenecks. The video appears to take visual cues from the Italian Serie A soccer kits of the 1970s, which maybe makes sense given what was going on in Italy at the time.

Watch the clip below and check out the new 7″ vinyl single of the track from Rough Trade, which includes a sticker-book style sleeve from artist and frontman Andrew Savage and an exclusive B-side single of the band’s unreleased track “Goofy vs. Pluto”. Revisit our review of Wide Awake! here.