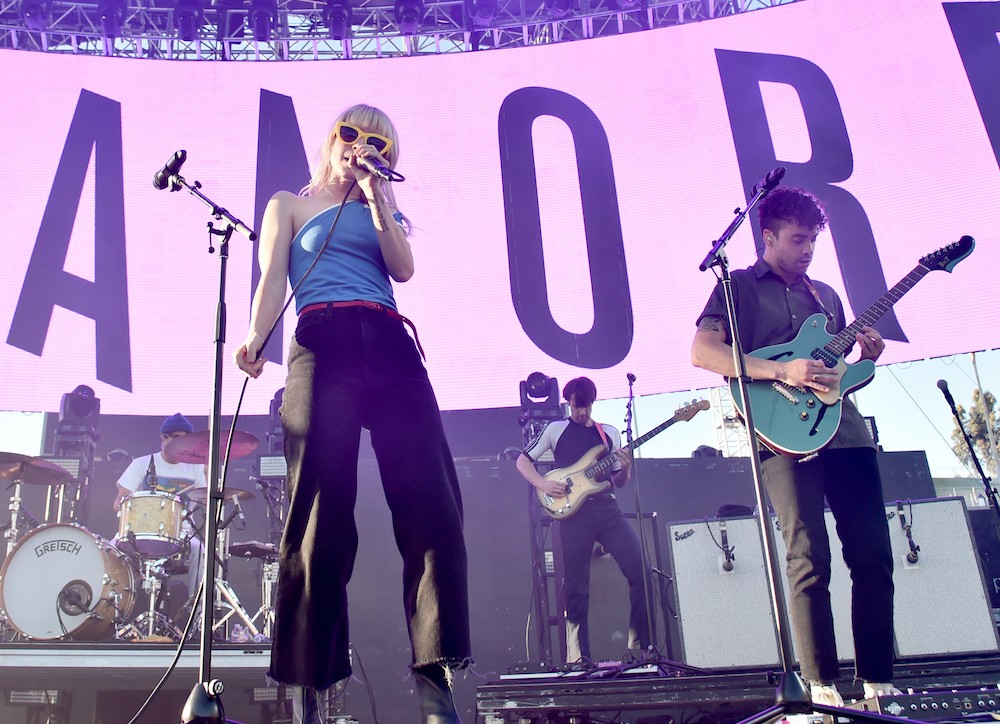 Emo-pop champions Paramore have released a new video from their celebrated 2017 album After Laughter. This one’s for the bouncy album track “Caught in the Middle,” and it features the band rendered in 1980s-style video effects, traversing various surreal scenes, including one that feels like an homage to A-ha’s classic “Take on Me” clip. There’s also lots of shots of giant fruit.

They’ve also announced a new festival called Paramore Art + Friends, which will happen 9/7 in their Nashville hometown. Paramore will headline at the city’s Municipal Auditorium, with fellow locals like Bully and Coin also performing. “We are pretty close to wrapping up our touring cycle for After Laughter and heading home,” Paramore’s Hayley Williams wrote in a press release. “Instead of a throwing a homecoming party for ourselves, why don’t we throw a party for the whole city?”