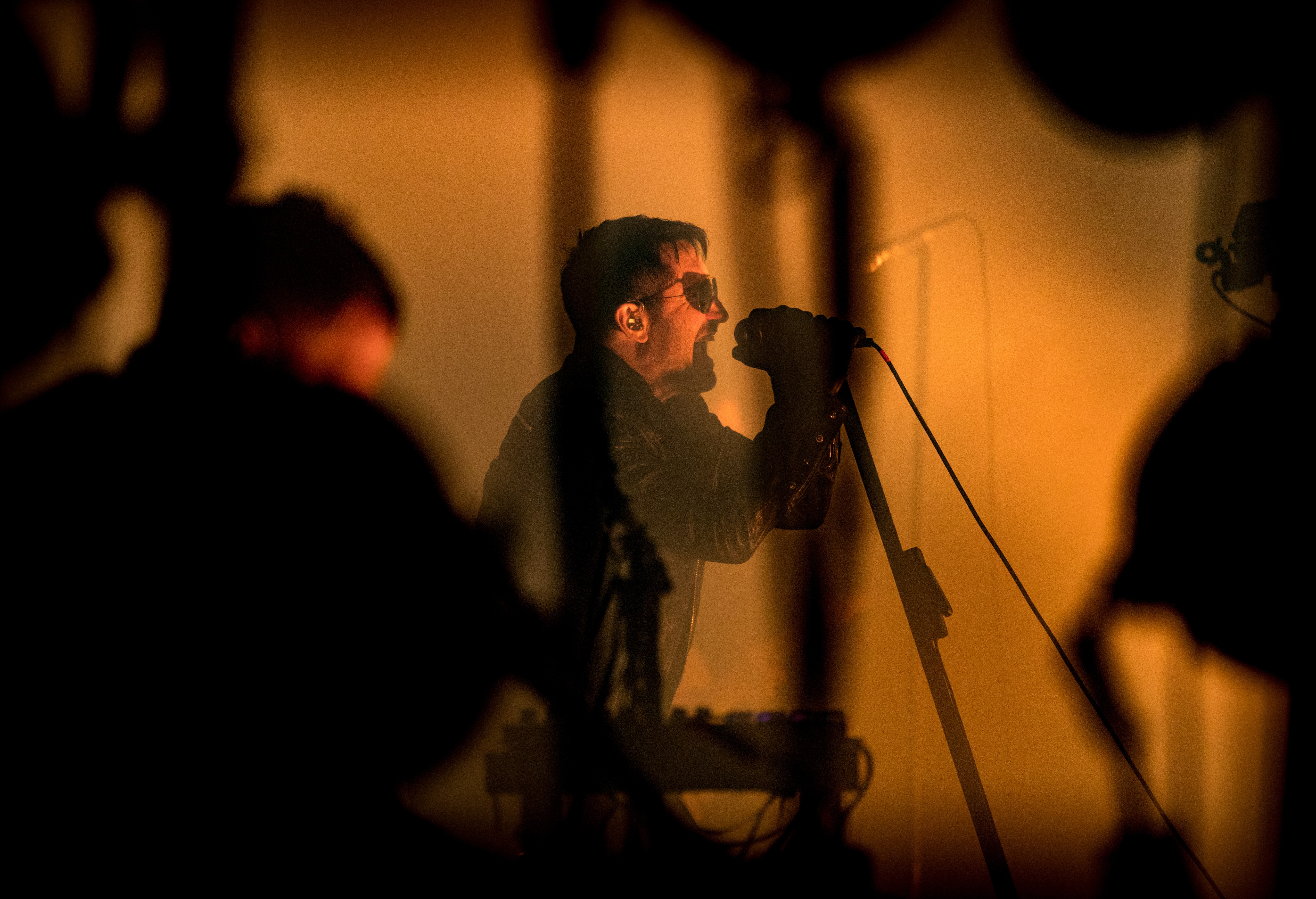 Nine Inch Nails performed three shows in Las Vegas last week, playing old classics as well as giving sneak previews of their new album, Bad Witch. On Wednesday, they performed the album’s first single, “God Break Down The Door,”  as well as a cover of David Bowie’s “I’m Afraid of Americans.” During their Friday night show, the band debuted “Ahead of Ourselves,” a gnashing, grizzly sounding record from the album, and on Saturday they covered Joy Division’s “Digital.” “Digital,” of course, is known for being the last song performed by Joy Division at a gig days before Ian Curtis’ suicide in 1981, so it holds significance to any fan of the band. Nine Inch Nails’ Bad Witch album will arrive on June 22nd, and the band will go on a major U.S. tour this fall with Jesus and Mary Chain. Watch fan footage of “Ahead of Ourselves” and “Digital” below.