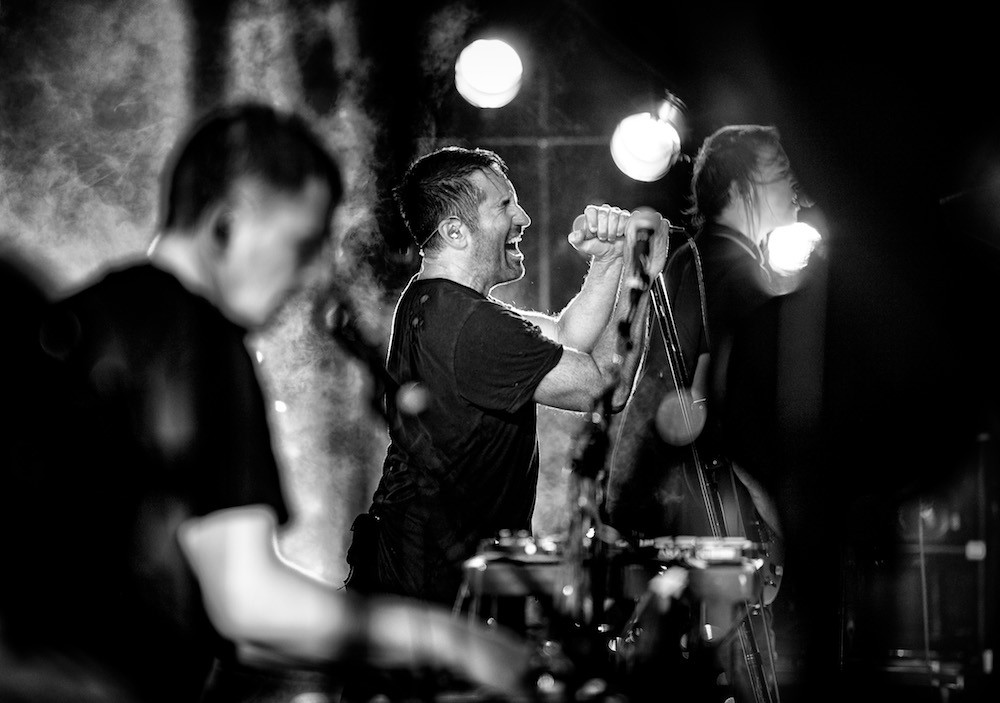 Wednesday night, Nine Inch Nails opened their 2018 tour in Las Vegas, and as Stereogum notes, they dotted their set list with a few notable tunes, including a cover of David Bowie’s “I’m Afraid of Americans.” Trent Reznor has an intimate history with the song and Bowie himself, having contributed remixing and backing vocals to the single version and co-starring in the video. NIN has played it live before, but according to Stereogum this marks its first setlist appearance since 2013.

The band played “God Break Down the Door,” the first single from their new record Bad Witch, for the first time ever. (If you know what’s good for you, don’t ask Reznor if that record is an LP or EP.) They also covered Gary Numan’s “Metal” and performed “I Do Not Want This” for the first time since 2009, neither of which seem to have been caught on video. Watch fan footage of the “I’m Afraid of Americans” and “God Break Down the Door” performances below.