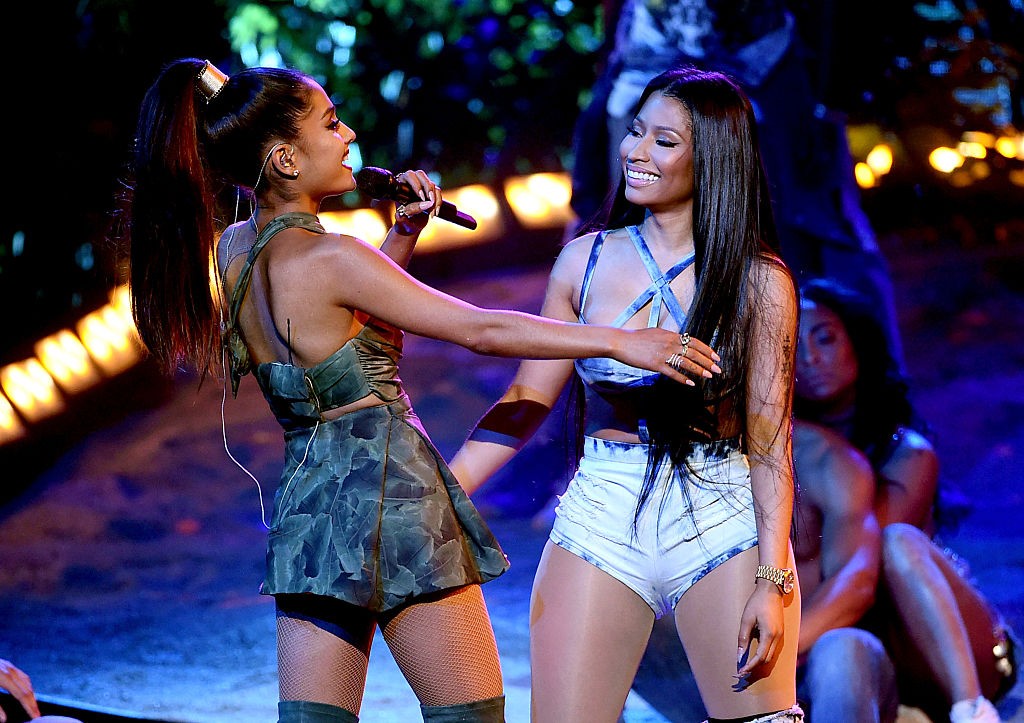 As promised, Nicki Minaj has released another single from her upcoming album Queen, due out August 10, this week. The song, “Bed,” is a collaboration with Ariana Grande, and comes following the release of another Queen single, “Rich Sex” featuring Lil Wayne, on Monday. The recently engaged Grande teased her own collaboration with Minaj, “The Light is Coming,” in May. This week, Minaj also announced a world tour with Future, NICKIHNDRXX, which begins in September. “Got a bed with your name on it,” begins Grande’s airy chorus, which is an easy, Top-40-ready earworm. Listen to “Bed” below.