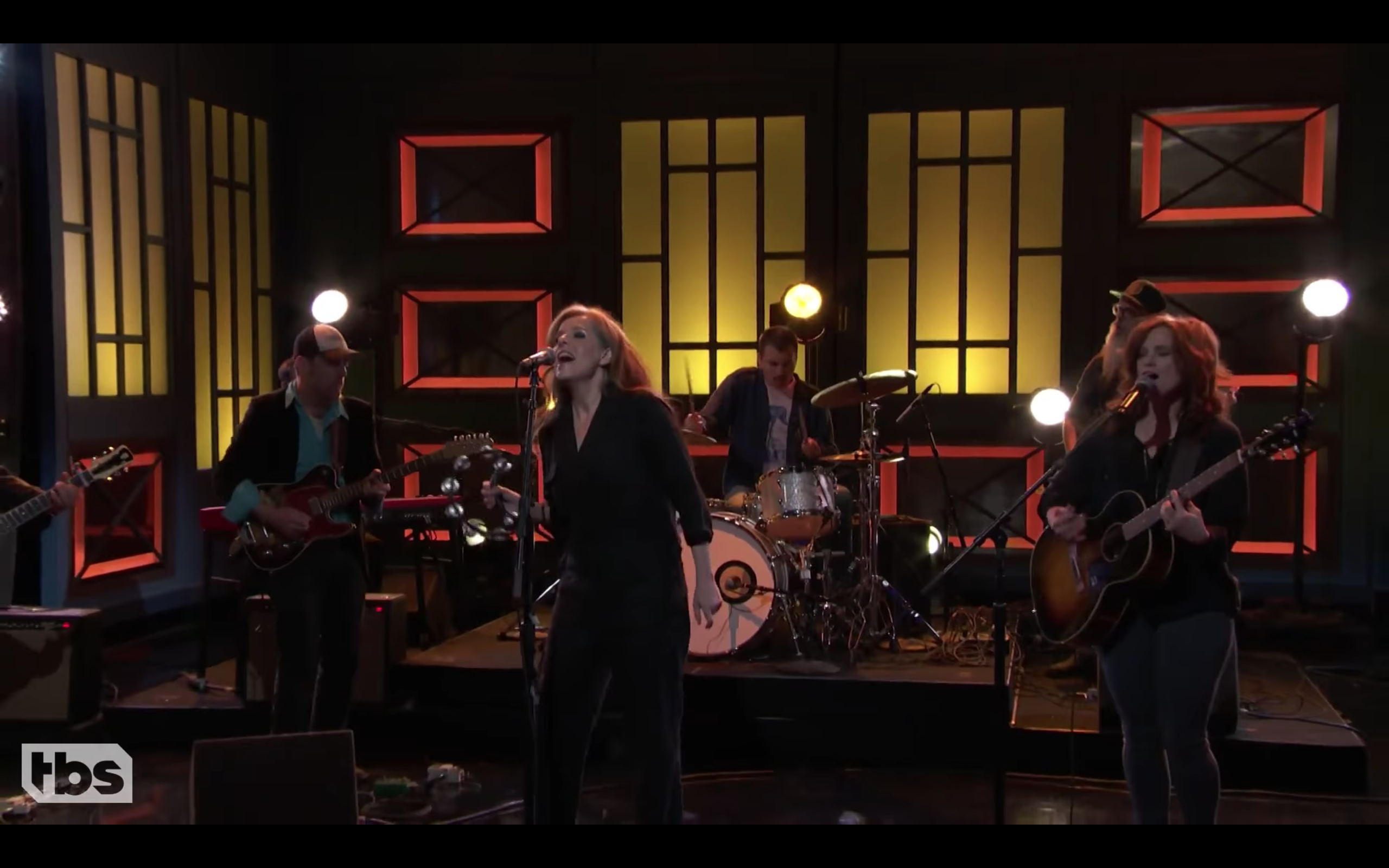 Neko Case stopped by Conan to perform “Bad Luck” off her new album and Spin Essential Hell-On. The live performance is more intense than the studio version, where the lyrics feel darkly humorous instead, but that doesn’t take away from either. Part of it is the fundamental difference between studio and live recordings; it’s possible to do overdubs and different takes in the studio, but live you actually get to see Neko and her backing vocalists harmonize, especially at the end. The song’s humor is still there, but the urgency is palpable – the song was recorded nearly hours after Case’s house burned down, and it’s entirely possible to hear traces of that headspace in the way she sings.

Watch the performance below and read our recent interview with Case here.

After you’re done witnessing this performance, check out Anna Gaca’s new interview with Neko Case and Katherine St. Asaph’s review of Hell-On, out now on ANTI-.