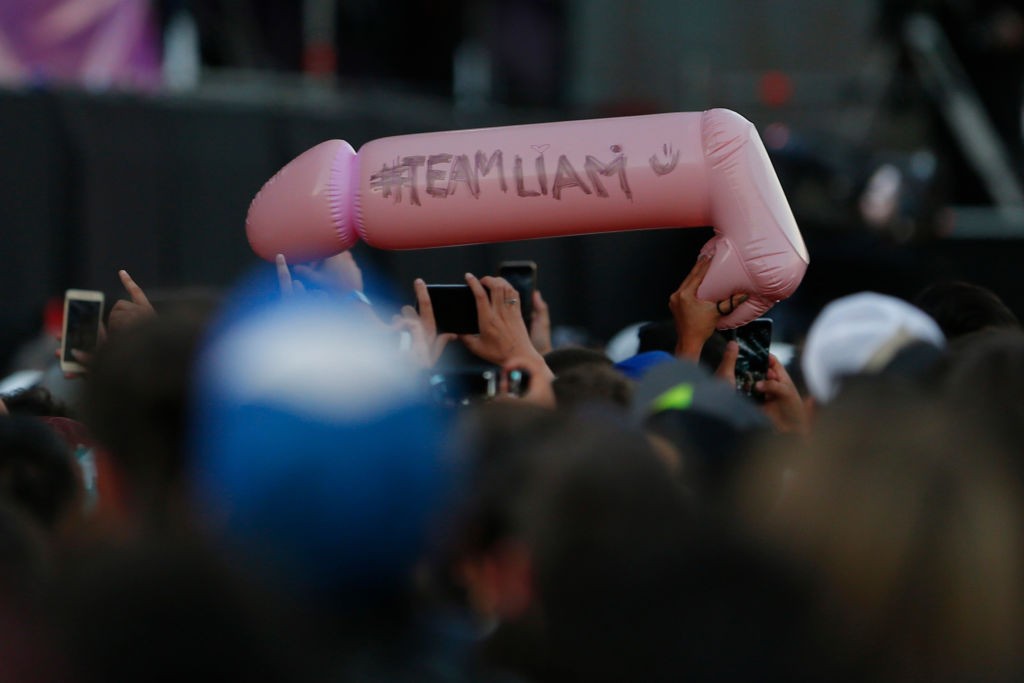 Liam Gallagher performed at Malahide Castle in Dublin this past Friday (June 15). The hard news, such as it was, involved the setlist: In addition to Oasis favorites like “Rock ‘n’ Roll Star” and “Live Forever,” which Liam regularly performs at his solo shows, he added in “Listen Up,” “Bring It On Down,” and “Whatever,” all classic-era Oasis songs he’s never previously performed on his own. The departing crowd’s “anti-social behaviour” reportedly snarled public transit for hours.

The (ahem) soft news: As Gallagher was singing “Supersonic,” one guy climbed up on a friend’s shoulders while fully naked. Someone took video, which is here (NSFW, obviously), and now this brave, passionate Oasis fan is overfamiliar to millions. Maybe I don’t really wanna know how his garden grows, but it’s too late, we’re walking on by, and he’s got nothin’ on him anymore, because he took his pants off at an outdoor concert where everyone has a smartphone. I don’t think anybody feels the way this guy does about seeing Liam Gallagher sing “Supersonic” in 2018.

Again, don’t click this link unless you want a full view of someone’s junk.