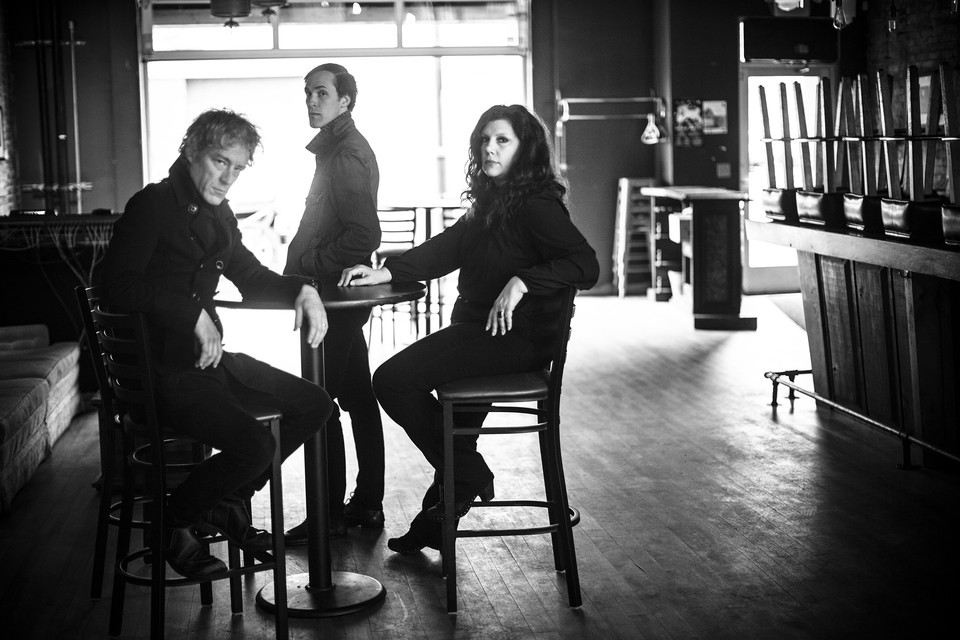 Low have announced their 12th studio album Double Negative. The slowcore legends’ record will be out on Sub Pop on September 13, and today they’ve shared a hallucinatory, collage-like black-and-white video combining three songs from the album. The electronics-heavy album was recorded at Justin Vernon’s home studio in Eau Claire, Wisconsin, and was made in heavy collaboration with producer B.J. Burton, known for his work with artists like Vernon, James Blake, Francis and the Lights, and Sylvan Esso. Yesterday, the band teased the album and video with a short trailer. Watch the triptych video for “Quorum,” “Dancing and Blood,” and “Fly”, and see the album art and track list for Double Negative, below.