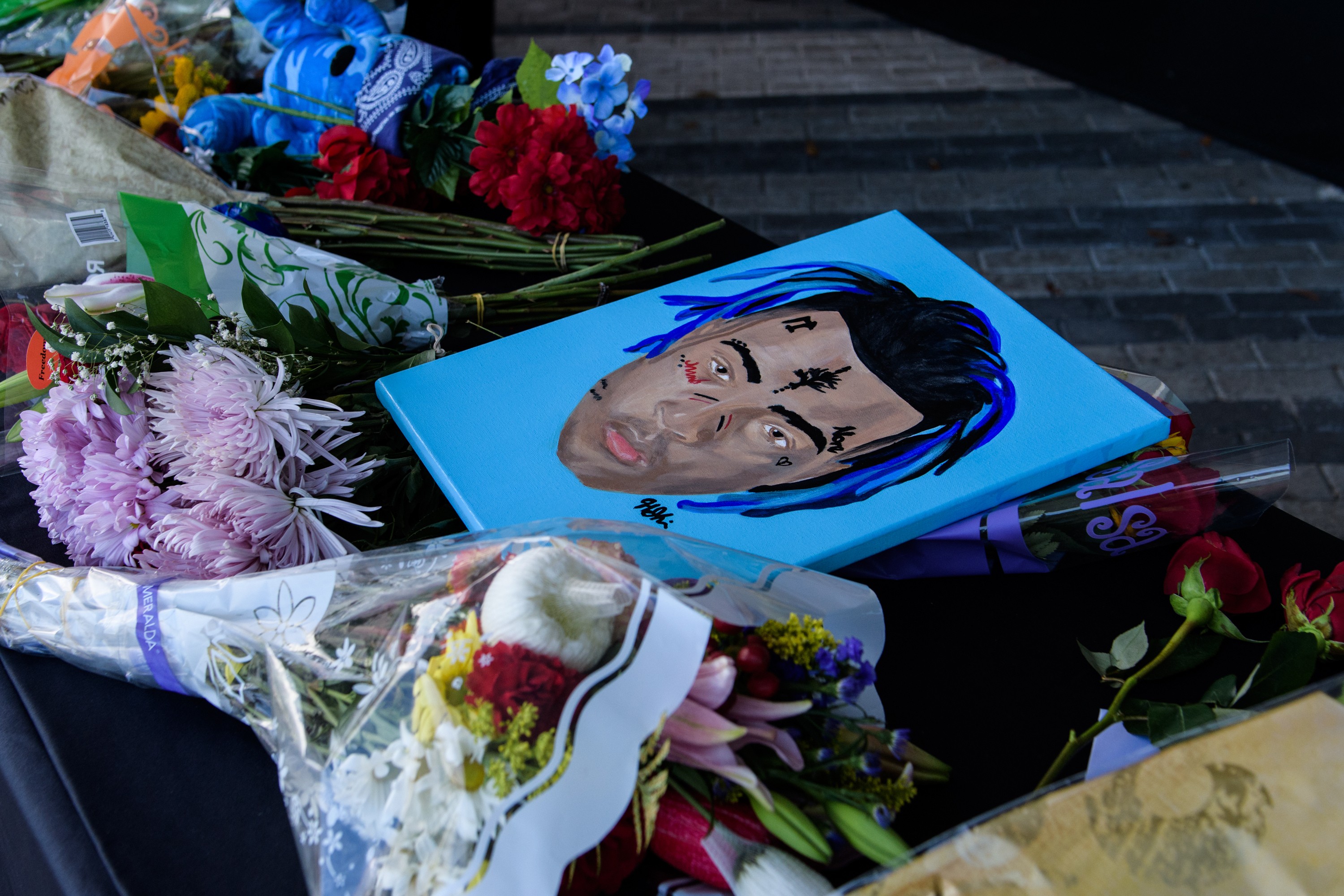 Yesterday afternoon, thousands of people gathered at the BB&T Center in Sunrise, Florida to mourn the life of XXXTentacion, born Jahseh Onfroy. The New York Times reports that family, friends, and fans alike gathered for an open casket memorial for the controversial rapper, who was shot and killed last week during an apparent robbery. Clips of XXXtentacion’s interviews and performances played on the stadium’s jumbotron, and his songs being blasted from the speakers. Many in attendance were able to view his body.

The rapper’s peers were also in attendance. According to the Times, Lil Uzi Vert, Lil Yachty, and Denzel Curry payed their respects to the family. XXL further reports that Uzi stood beside Onfroy’s mother Cleopatra Bernard at the casket. Uzi has already made plans to start a foundation to help the late rapper’s family. XXL also reports that other rappers including Ugly God and PNB Rock attended the memorial.

The Times also reports that the memorial took place from 12 pm to 6 pm, with fans gathering in the hot Florida sun as early as 7 am to get in line. They dressed in black or homemade XXXtentacion shirts, singing the rapper’s songs as they waited for entry.

In the days since the rapper’s death, the Broward County Sheriff’s Office has arrested Dedrick D. Williams, 22, and charged him with first-degree murder. Police are searching for Robert Allen, considered a man of interest, along with a third suspect. In a video below you can see fans gathered outside waiting to enter the memorial, where all cellphone and video footage was banned.

Fans sing along to one of XXXTentation’s songs minutes before the viewing is supposed to start. pic.twitter.com/HtrojcBdBG