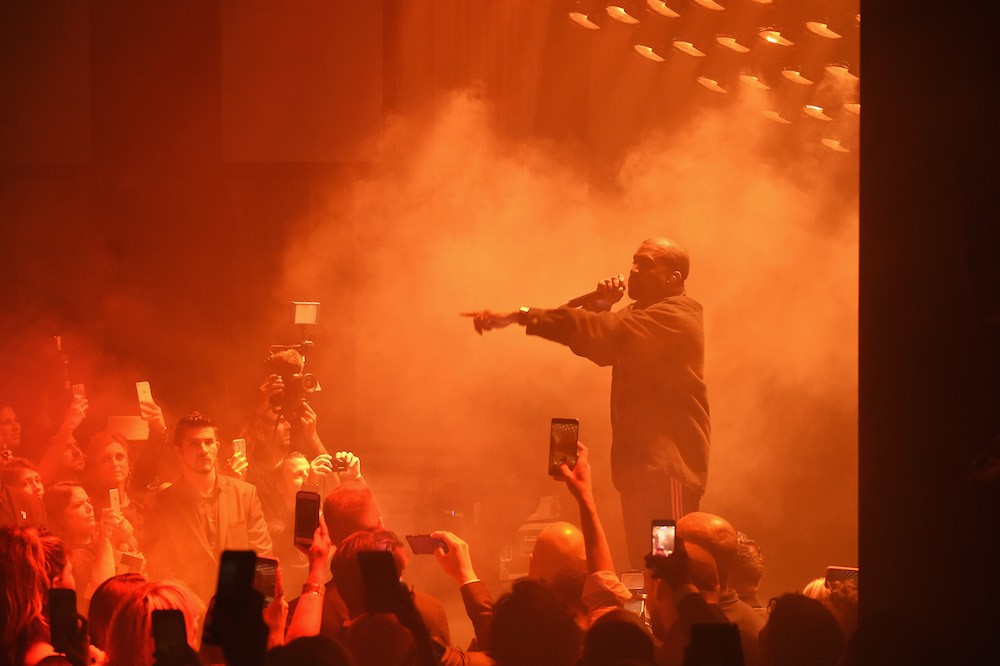 It’s been two weeks since Kanye West released ye, and we may finally know who exactly did what on the album. When it was released, almost no one was credited aside from West himself, which immediately seemed off given his highly collaborative working style and the presence of audible guest vocalists. Quasi-official credits circulated the next day, which cleared a few things up, like the strong involvement of folks like producer Mike Dean, songwriter Benny Blanco, and Francis Starlite of Francis and the Lights. But it’s becoming clear that even those did not paint the full picture.

Such guessing games have become the rule rather than the exception for Kanye release. His approach to studio sessions is one contributing factor: fly in tons of artists and record way more raw material than you’ll ultimately need, then whittle it down later. Another is his willingness to tweak albums until hours before they’re released, and sometimes after. When Kids See Ghosts, his joint album with Kid Cudi, dropped last week, every song but one was mislabeled and miscredited on all major streaming services.

Now, Kanye and his team have uploaded newer, potentially complete credits to the album on Spotify, Tidal, and other streaming services. Here are the additions and edits to the ye credits that we’ve spotted in the new version.

Drake helped to write “Yikes”: As far as we know, Drake’s voice doesn’t actually appear on ye, but his pen does. A few days after the album dropped, Hot 97 DJ Pete Rosenberg seemed to report that Drake wrote the “Yikes” hook—a claim that has since been confirmed by the appearance of Drake’s real name, Aubrey Graham, in the song’s credits. This contribution (and perhaps its initial omission from the credits) is especially notable for the fact that Drake was embroiled in a vicious feud with Kanye’s collaborator and labelmate Pusha T when the album came out. If you can still remember anything about Drake’s “Duppy Freestyle” after “The Story of Adidon” dropped, you know that he referenced his writing credits on several Life of Pablo songs as a roundabout way of dissing Pusha. “I’ve done things for him I thought that he never would need,” he rapped. “Father had to stretch his hands out and get it from me.”

And Pi’erre Bourne helped to produce it: Bourne, the producer behind many of Playboy Carti’s lush and alien beats, recently tweeted and deleted an emoji (try to stay with us) that seemed to imply that he’d worked on “Yikes” and not been credited for it. Soon after, he added, “Credits getting updated don’t trip God bless everybody, I’m happy to be apart of some shit That I’ve always dreamt about.” And indeed they had been: Bourne’s name now sits aside West, Dean, and Apex Martin in the “Yikes” production credits.

Justin Vernon of Bon Iver co-wrote “Wouldn’t Leave”: Kanye’s favorite indie musician has been a pretty consistent presence on his albums since My Beautiful Dark Twisted Fantasy in 2010, and he tweeted about his involvement with “Wouldn’t Leave,” so it’s not a surprise to see him turn up. He was formally added as a writer of the song in the new round of credits, and also appears on Kids See Ghosts’ title track and “Feel the Love.”

And Kevin Parker of Tame Impala co-wrote “Violent Crimes”: Vernon isn’t the only guitar guy allowed in Kanye’s sessions anymore. Tame Impala mastermind Kevin Parker was originally rumored to be involved in ye, and then it seemed like he wasn’t, and now he is again. Parker adds to his growing list of pop collaborations with ye’s closer “Violent Crimes,” turning up alongside 070 Shake, Malik Yusef, and Ty Dolla $ign in its list of writers.

Jeremih, Ty Dolla $ign, and PARTYNEXTDOOR get their due: Speaking of Ty Dolla—when fans and journalists were initially trying to piece together ye’s contributors list, he was among several singers who popped up quickly, because their distinctive voices were easy to hear among the album’s patchwork. None of them were initially credited, however, and now they are. In addition to “Violent Crimes,” Ty is a producer and writer on “Wouldn’t Leave” and a writer on “All Mine.” Jeremih is a writer on the latter two songs as well. And PARTYNEXTDOOR is a writer and featured artist on “Wouldn’t Leave” and “Ghost Town.”

CyHi the Prynce, Consequence, Malik Yusef, and 070 Shake did a lot of writing: As with Pablo, artists from within the G.O.O.D. Music camp contributed heavily to ye’s songwriting, even if they didn’t appear as vocalists. Chicago spoken-word artist and Kanye pal Malik Yusef helped to write every song on the album. CyHi the Prynce is credited as a writer on five of its seven songs: “I Thought About Killing You,” “Yikes,” “All Mine,” “No Mistakes,” and “Ghost Town.” Consequence—who you might remember from “Gone” and “Spaceship”–is credited on “I Thought About Killing You,” “Yikes,” “All Mine,” and “Ghost Town.”  And 070 Shake, the Jersey-bred sing-rapper and recent G.O.O.D. signee with the standout “Ghost Town” verse,  also helped with “Yikes,” “All Mine,” and “Violent Crimes,” on which she also appears.

Skepta, Wiley, and Irv Gotti also showed up: Rounding out the big names from the credits are a few surprising appearances. Grime stars Skepta and Wiley are both credited as writers on “I Thought About Killing You.” Contemporary classical composer and vocalist Caroline Shaw (who also appeared on a reworked version of “Say You Will” from 808s and Heartbreak in 2015) is a producer on “No Mistakes.” Murder Inc. Records founder Irv Gotti, who posted about a collaboration with Kanye on social media last year, is a producer on “Violent Crimes.” And he brought along 7 Aurelius along with him, a songwriter who penned songs for Murder Inc. artists like Ja Rule and Ashanti in he early aughts.

Those are all of the big changes we’ve been able to track for now. But knowing Kanye, you can’t rule out the possibility that a dozen other writers and producers will be added next week. We’ll keep you posted.