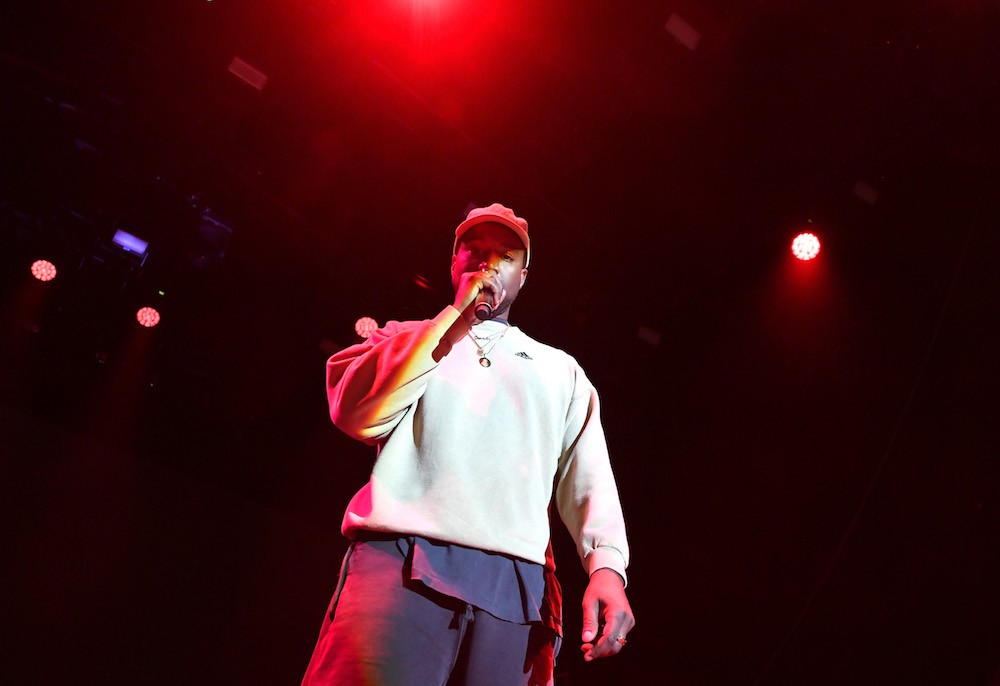 This week, Kanye West is holding a series of events dubbed “Project Wyoming,” which are billed as a recreation of the ye listening party for people who don’t have enough Instagram followers to have gotten an invite to the real thing, or something like that. According to a Pitchfork report from the Chicago event—technically not even in Chicago, but an hour away in Maple Park—Kanye was not there, and nor was there any new Kanye music previewed. Instead, there was an exclusive opportunity to buy some of Kanye’s garish Wyoming merch.

Here’s a video of a long line of people lined up to buy t-shirts in the dark, from a Project Wyoming Chicago attendee:

The mind reels when you think for too long about who might be interested in attending. The original Wyoming event was hollow enough, but sort of understandable in a hero-worship sort of way: attendees got to hear Kanye’s new album slightly before everyone else, at a party in a field where the man himself was in attendance. “Project Wyoming” is an opportunity to hear an album that’s already out, in a field that maybe vaguely resembles a field Kanye was standing in for a while in last week. It’s not even the same field. Still, if that sounds like your cup of tea, spots on the waiting list remain available for tonight’s event in Brooklyn.