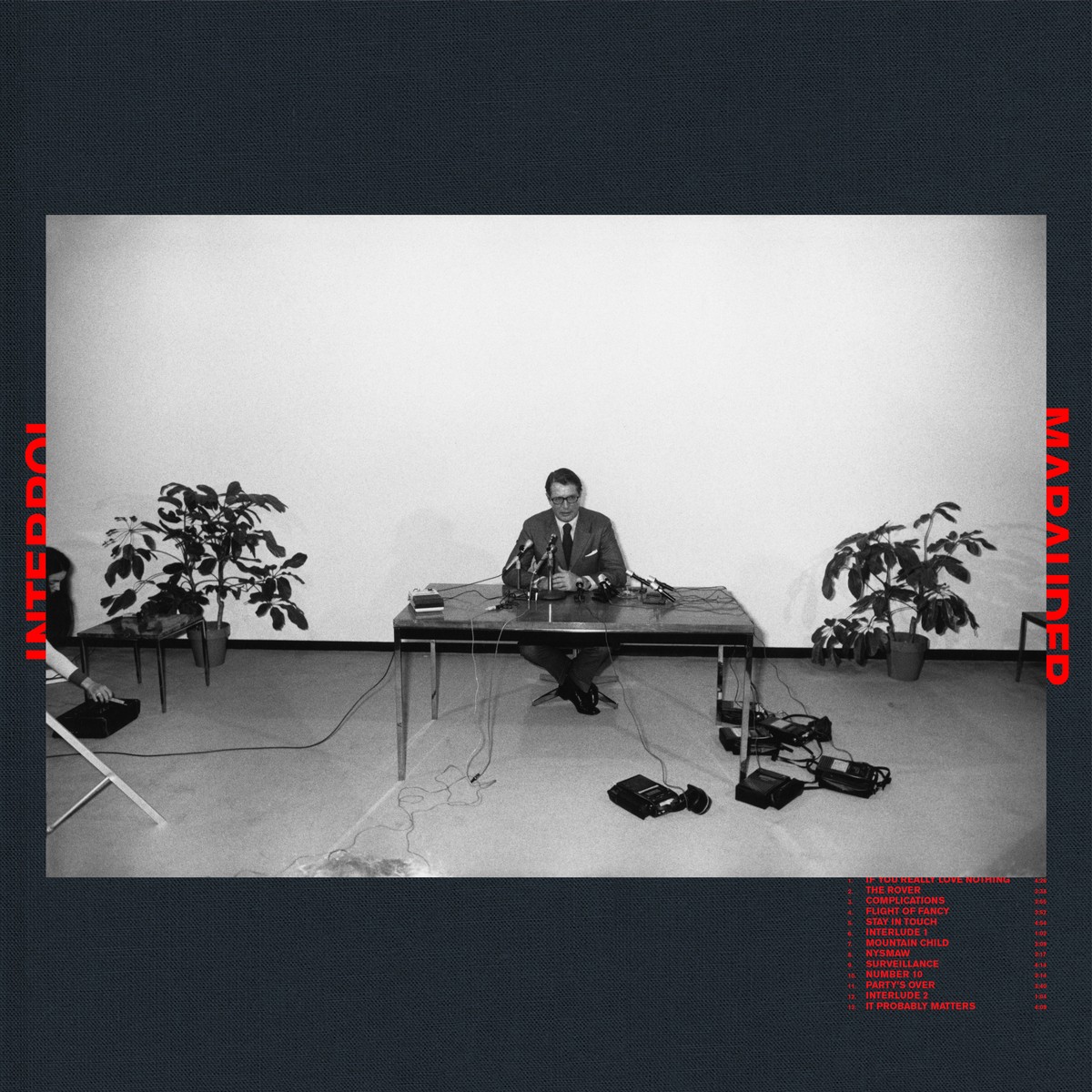 Interpol have released their first new material since 2014’s comeback record El Pintor, as well as frontman Paul Banks’ first since he released a collaborative album with RZA in 2016. “The Rover” is the lead single from Interpol’s newly-announced album Marauder, out August 24th on Matador. The band has been working on the record since December of last year with Dave Fridmann, who has been documenting the process right up until the final mixing in April.

The title of the album was officially revealed this morning via a mural in Mexico City.

Marauder’s track list features two interludes and, at just under 45 minutes, is on the shorter side of Interpol albums. Despite this, the press release promises a “multi-layered and bold… adventurous departure in sound,” intending to capture the intensity of their live performance. The album’s cover is from a Garry Winograd photograph of Elliot Richardson, a former Attorney General famous for resigning after Nixon ordered him to fire Special Prosecutor Archibald Cox, in what’s known as the Saturday Night Massacre.  Listen to “The Rover” and check out Marauder’s track list below.