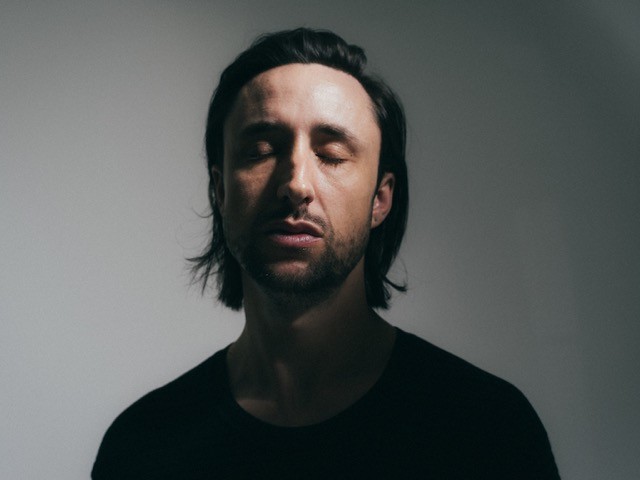 CREDIT: Zackery Michael/Courtesy of the artist

The hyperreal pop music that Tom Krell records as How to Dress Well takes intimacy and pain as it subject matter. Krell’s seraphic voice, and the sleek digital sounds that surround it, remind us that one feeling often accompanies the other. His latest release, “Vacant Boat (shred) | Nonkilling 1 | The Anteroom | False Skull 1,” is a seven-minute suite that traverses both poles.

At the center is “The Anteroom,” a fully-formed song that was also released as a standalone apart from the suite. It is lovely, mostly in the ways we’ve come to expect from Krell, like a piece of the Weeknd’s distorted noir’n’B as broadcast from inside a glacier. This time, the lyrics are bereft of any interpersonal heat, dealing instead with alienation and the slow sense of being written out of one’s own life. To be stuck in the anteroom is to be close enough to hear the real action, but still a closed door away from actually participating. “When they ask you what you mean, your lips are moving,” Krell sings, “but the mic’s not on.”

This music is ultimately distinguished by everything that comes before and after “The Anteroom”—the anterooms, as it were, of the song itself. There are jarring bursts of noise, a brief and aqueous devotional, two straight minutes of hard-edged industrial acid techno. All of these sections twist and color the sounds that adjoin them. Krell seems newly emboldened to experiment, writing recently on Instagram, “I want to start putting out music and just letting it live and be free. I want to just open my workshop and have you walk around in it.” From the staticky hymnal of his 2010 debut Love Remains onward, Krell has always been an adventurous musician, but he’s done most of his experimenting within the bounds of traditional songcraft. “Vacant Boat (shred) | Nonkilling 1 | The Anteroom | False Skull 1″ is the sound of those bounds breaking.

The video below comes with a warning that it could trigger seizures for people with photosensitive epilepsy.