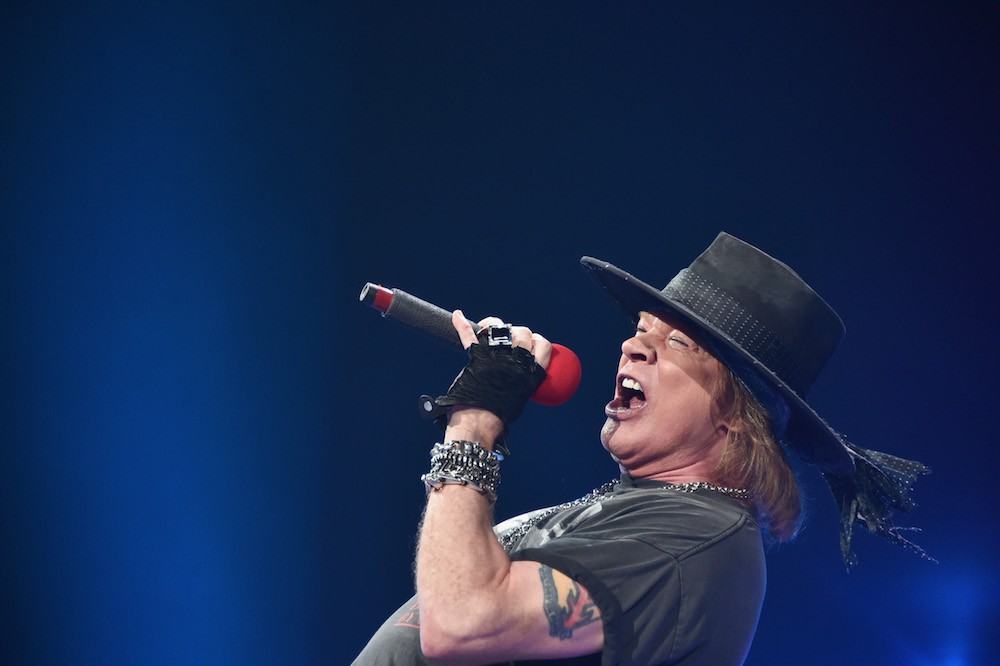 The British music press has its knickers in a twist over a supposedly leaked tour rider for Guns N’ Roses’ performance at Donington Park’s Download Festival 2018. Usually, when news outlets report on artists’ requests for accommodations on the road, it’s because of the rock-star excess contained within: Mariah Carey’s 100 white doves, Van Halen’s bowl of M&M’s with all the brown ones picked out.

The tone of the GN’R story—as first reported by the Mirror and picked up by NME—is no different. Both breathlessly relayed the band’s backstage menu, as wretchedly decadent as any fifth-grade sleepover party. “They had home comforts from America flown over, including their favourite Hershey bars and extra cheesy pizzas,” the Mirror article reads in part. But that’s nothing compared to the vessel into which they planned to digest and deposit all that food: a toilet of solid porcelain, a demand that made it into both outlets’ headlines. The Mirror’s called such an indulgence “jaw-dropping.”

But porcelain, of course, is just what regular toilets are made of. It’s unclear whether these guys are being willfully obtuse, or if they really think porcelain is fancy, but it’s not. It isn’t platinum, or gold, or even marble. It’s toilet material.

The band probably asked for a porcelain toilet because they were playing an outdoor festival and didn’t want to get stuck using port-a-potties all day. That might strike you as outrageous, but to me it sounds like a reasonable request for a band of men in their 50s who have generated hundreds of millions of dollars in revenue on this tour. Say what you will bout Axl Rose, but he deserves a normal toilet. Let the man shit in peace.