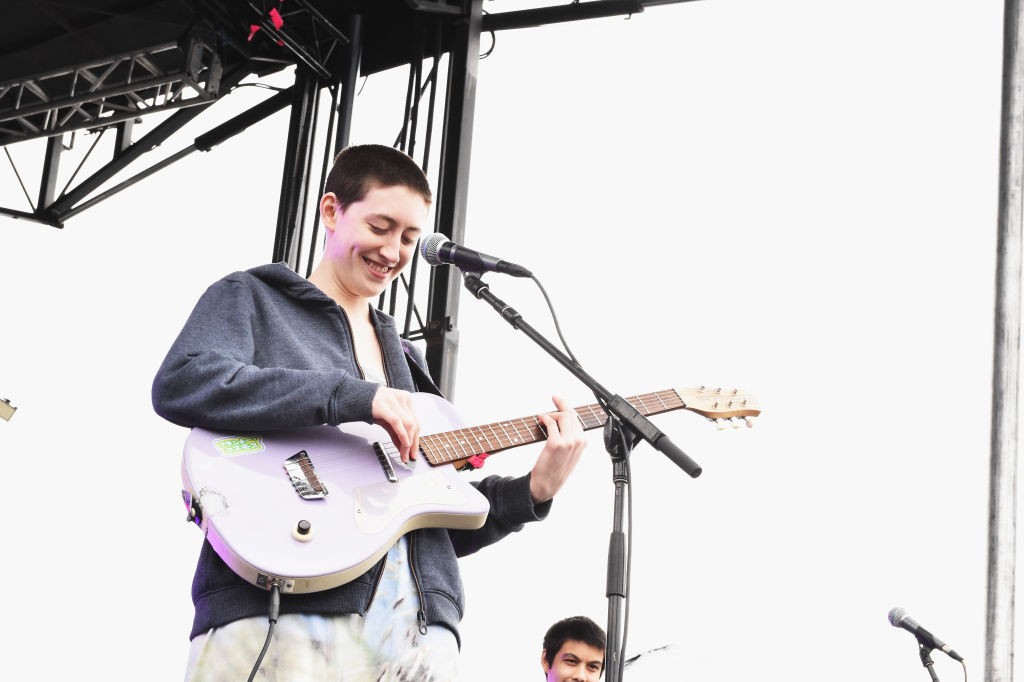 Taking the concept of “DIY” to another level, Frankie Cosmos have announced a new project called An Induced Album, which invites participants to follow instructions in bandleader Greta Kline’s handwriting to create their own indie-pop songs. For example, the instructions for “Track Two” ask the participant to describe an eye without using the word “eye” in verse one, to write about questions for a stranger in verse two, and to change a single word in a common expression for the chorus. Kline also gives instructions for the chords, and on how the chorus ought to be sung (“slightly ahead of the rhythm”).

As inspiration, Kline cites Sol LeWitt’s Wall Drawings, which were intended to be altered and re-constructed even after LeWitt’s death. Essentially, the band’s concept was to put something into the world deliberately unfinished: “It’s not done until the audience participates, which really excites me,” Kline said in a statement. “It’s also very out of my control once I release it, unlike a finished recorded album, so that’s scary, but fun.” One possible goal, she said, is a YouTube playlist of all the “induced” songs—though she recommends participants don’t listen to other people’s versions before making their own.

The Induced Album is fascinating insight into the nature of collaboration and Kline’s own songwriting process, and you can learn more—or try the project out for yourself—here.

Frankie Cosmos’ most recent recorded album was Vessel, released in March. The band has also announced a fall tour.