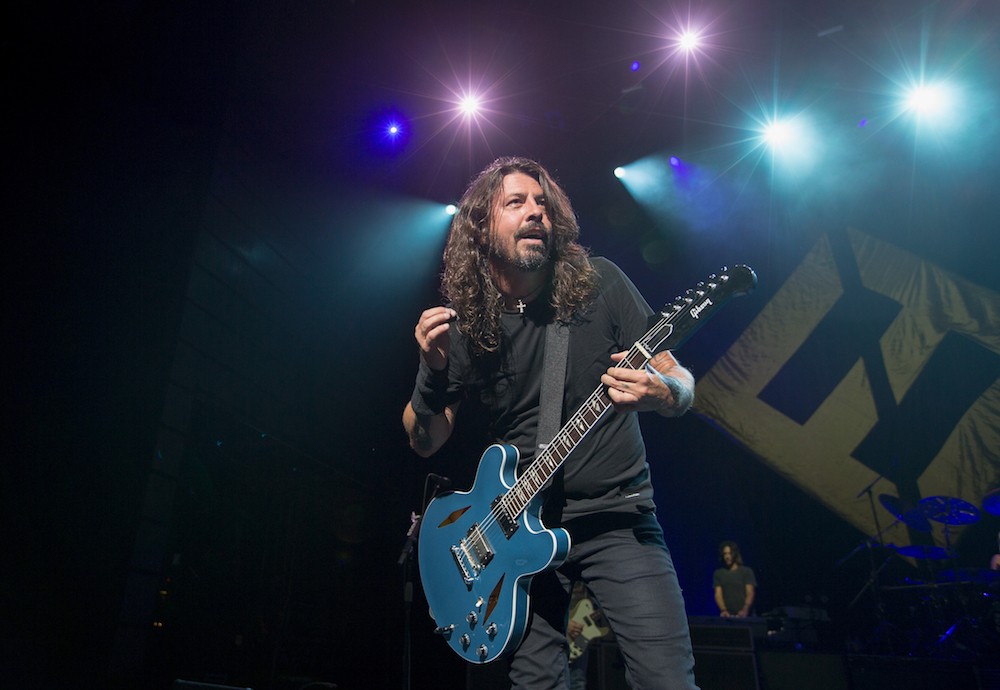 The Foo Fighters were the musical guests on last night’s episode of The Late Late Show with James Corden, where they played a pummeling version of their 2005 hit “Best of You.” Dave Grohl also sat down for an interview with Corden, where he talked about the time Taylor Swift saved his ass at a party at Paul McCartney’s house.

Grohl was apparently getting ready to leave when Sir Paul sat down and played a new song at the piano for the crowd, and when he finished, everyone asked Grohl to go next. He was feeling out of sorts, and doesn’t know how to play piano, so he hesitated for a bit before Taylor jumped up and volunteered. The song she played: “Best of You,” naturally.

As Billboard points out, this is the first time the Foos have appeared on Corden since last year, when they did Carpool Karaoke. Grohl and a bandmate later said that was an uncomfortable and overlong shoot, which evidently led to a “What the fuck, dude” text from Corden to Grohl. “I had to text him back and was like, ‘No dude, that’s not what we meant,” Grohl told the Sun recently. ““I felt so bad when it came out in the press — ‘Foo Fighters had a terrible time, they hated the whole fucking thing’. We didn’t. He’s such a sweet guy.”

If there was any tension between them last night, it wasn’t very visible. Watch the performance and interview below.