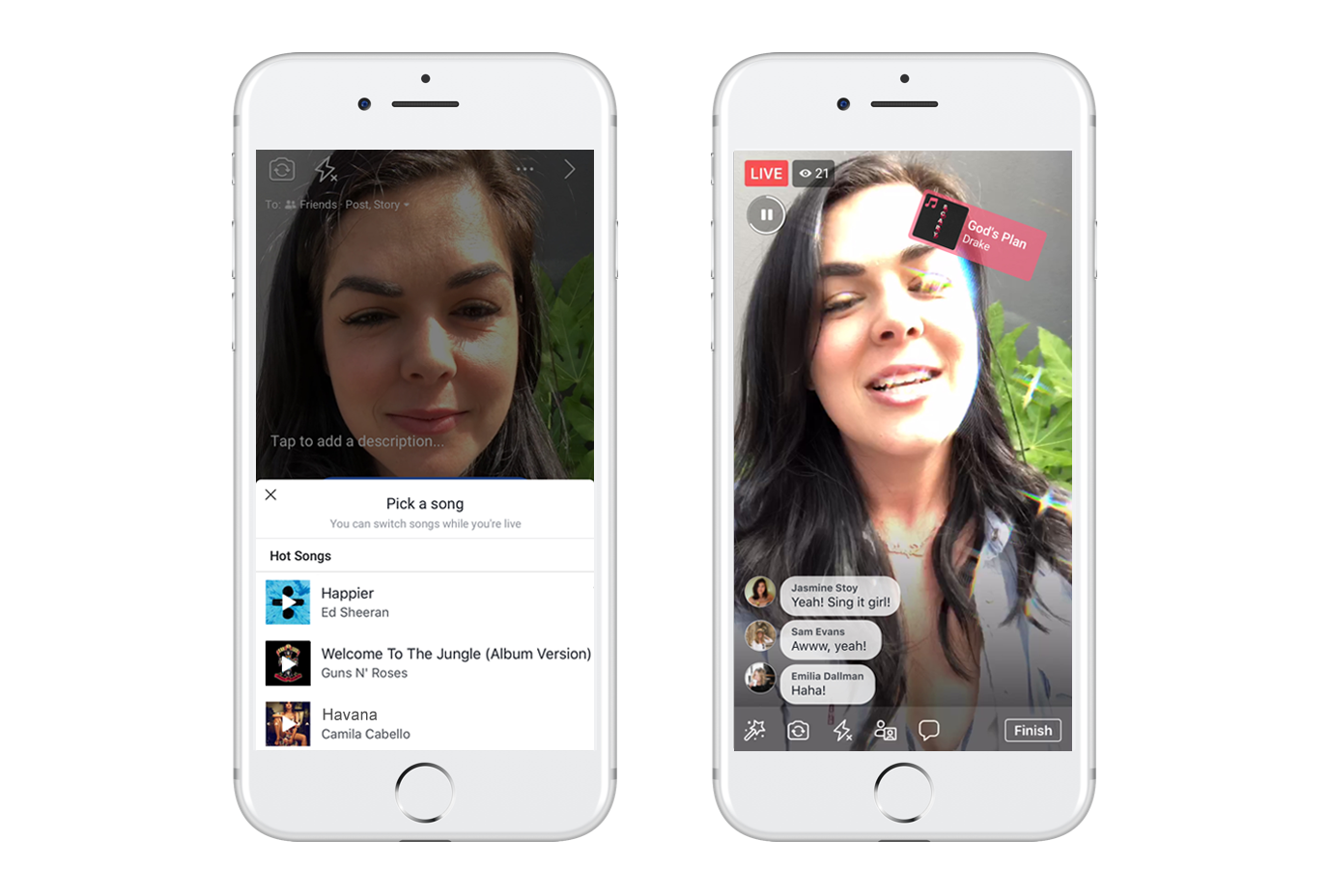 Facebook has announced a new feature called Lip Sync Live, meant as a competitor to inexplicably popular app sensation Musical.ly. Like Musical.ly, the new feature allows users to lip sync to their favorite music and select from a variety of songs and filters. Where Musical.ly can involve pretty much anything from lip-syncing quotes from television shows to complex dance routines, Facebook has made music their priority, singing licensing deals with the Big Three major labels so lip-sync videos with authorized background music won’t be taken down.

With younger users abandoning the site for services like Snapchat and Musical.ly itself, Facebook clearly believes the way to win them back is to copy features from its rivals. Messenger became a WhatsApp competitor, Facebook and Instagram “Stories” were lifted from Snapchat, and since then, Facebook has introduced the Craiglist-like Marketplace to sell things locally and a GoFundMe-like feature to raise money for charity. The best case scenario for Facebook? Young users lip-syncing to Ed Sheeran become the 2018 equivalent of Minion memes on your news feed, further muddying whatever original purpose Facebook had, other than collecting your data.

While you await your chance to serenade your phone screen, watch this Musical.ly compilation below and see if you can figure out exactly what Musical.ly is.