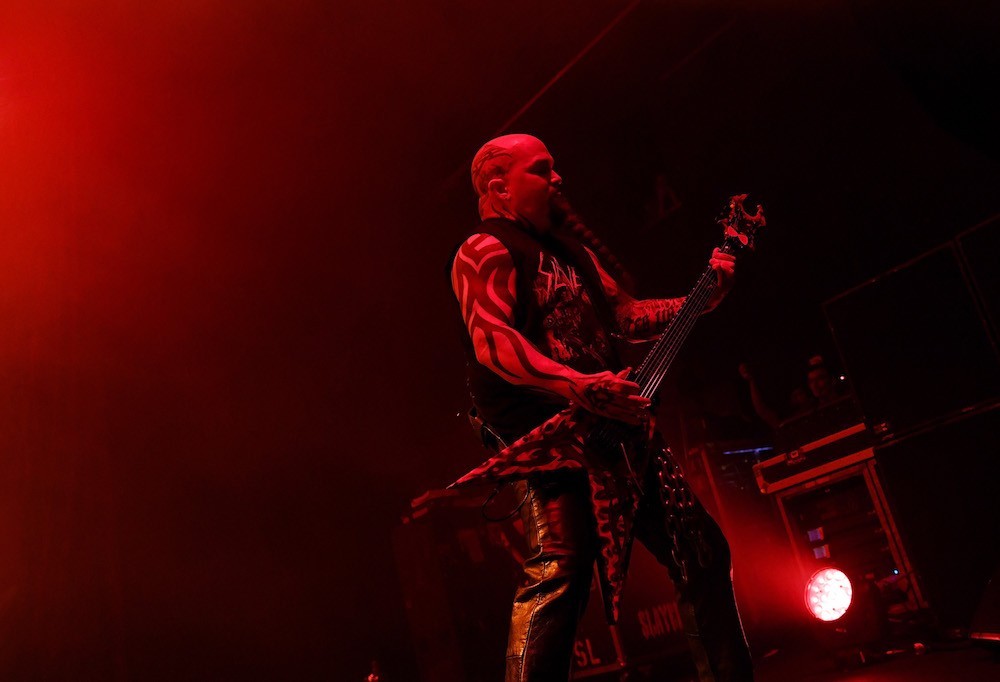 Let’s say you’re a metal fan, and you’ve scored bitchin’ tickets to the final tour by thrash godheads Slayer, with Anthrax supporting. Naturally, you knocked back a few cold ones at the show to celebrate while the opening band (Testament, sick) played. Maybe you were getting a little too rowdy, moshing and stuff, but who could blame you? The fucking rent-a-pig security guys could, I guess. Just as things were getting really heavy, they kicked you out. What do you do? If you want to earn your true metalhead status, you get the hell back into that show, no matter how tall the fences or how wide the bodies of water that stand behind you and the pit.

Such was the dilemma that faced supreme metalhead Chris LaRocque, who was booted out of the Toronto installment of the tour last week. Rather than pleading with security guards like some whiny indie rock fan probably would, LaRocque took to the seas—er, the lakes, specifically Lake Ontario, on the shores of which sits the Budweiser Stage, the venue where Slayer performed. He was intercepted by more security and medics when he attempted to make his re-entry, but his valiant effort lives on, mostly in a few extremely good photos posted to Instagram by Anthrax guitarist Scott Ian. The second one, in particular, is incredible:

Fan of the tour. He got kicked out and tried to swim back in. Swipe left! #commitment #allin #hypothermia

LaRoucque talked cheerily to Exclaim about what happened, explaining that he was “just trying to be incognito — I had my camouflage hat on, so I thought that might help.” It didn’t, evidently, but for his brave attempt, the metal are surely smiling down on him, or up at him, because they’re in hell.