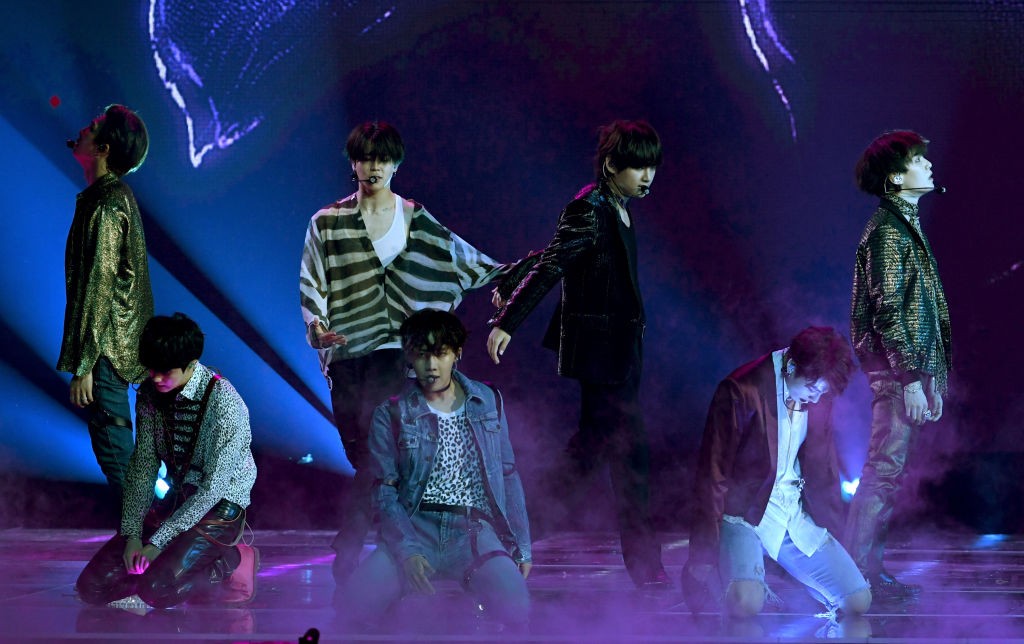 BTS continued to showcase why they’re the most important boy band in the world with their performance Tuesday on The Late Late Show With James Corden. The seven piece K-pop group performed “Fake Love,” the lead single off their latest album Love Yourself: Tear, synchronizing themselves to every beat and hook of the angst ridden pop anthem. Stand out moments include group leader RM’s rap solo, when the group drops to their knees during the chorus, and their group hug with Corden at the end.

Love Yourself: Tear was the first K-pop LP to top the Billboard 200, and BTS won the Top Social Artist at the Billboard Awards beating out heavy-weights Justin Bieber, Ariana Granda, Demi Lovato, and Shawn Mendes. They’ll also began their world tour in September at the Los Angeles Staples Center. Take a look at the Corden performance below.