Bon Iver‘s Justin Vernon and The National co-founder Aaron Dessner are preparing to release a record together under the moniker Big Red Machine. Earlier this month, the two shared four tracks from the project via their recently launched PEOPLE streaming platform, which compiles formal and more informal releases and demos from associated artists (Sufjan Stevens, Lisa Hannigan, Phoebe Bridgers, Nico Muhly, and more have music up on the site, along with various Dessner and Vernon projects). The platform is associated with their music festival of the same name, the second installment of which will occur in Berlin in August.

In a new interview with The Creative Independent, Vernon explained that Big Red Machine is plotting a 10-song album, which the band seem to be planning to release piecemeal this summer.

“Big Red Machine is a PEOPLE thing,” Vernon explained.” We’re gonna get some of our friends in the industry to help us spread the word and to distribute some of the vinyl maybe…I think there’re four songs out there now. We have a 10-song record that we’ll be spraying out throughout the rest of the summer.We just wanted to put something up in the player for now.”

Vernon added: “Big Red Machine thing is this PEOPLE energy, and that’s why it belongs there. And, I mean, there’re 40 or so collaborators on the thing. So, it’s just more realistic and it’s not so much, ‘Oh, who gets the king crown of making this album,’ or whatever.”

UPDATE (7/12/18): Big Red Machine have revealed a release date, track list and cover art for their new album. The self-titled 10-song LP is due out August 31. See the track list and cover below, and check out lyrics and photos from the making of the album over at the PEOPLE website. Watch Vernon and Dessner’s recent set at the Eaux Claires festival here. 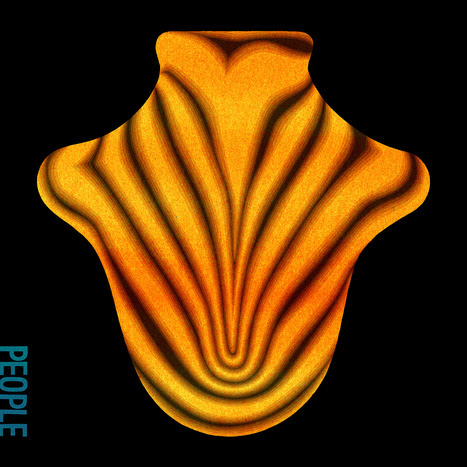