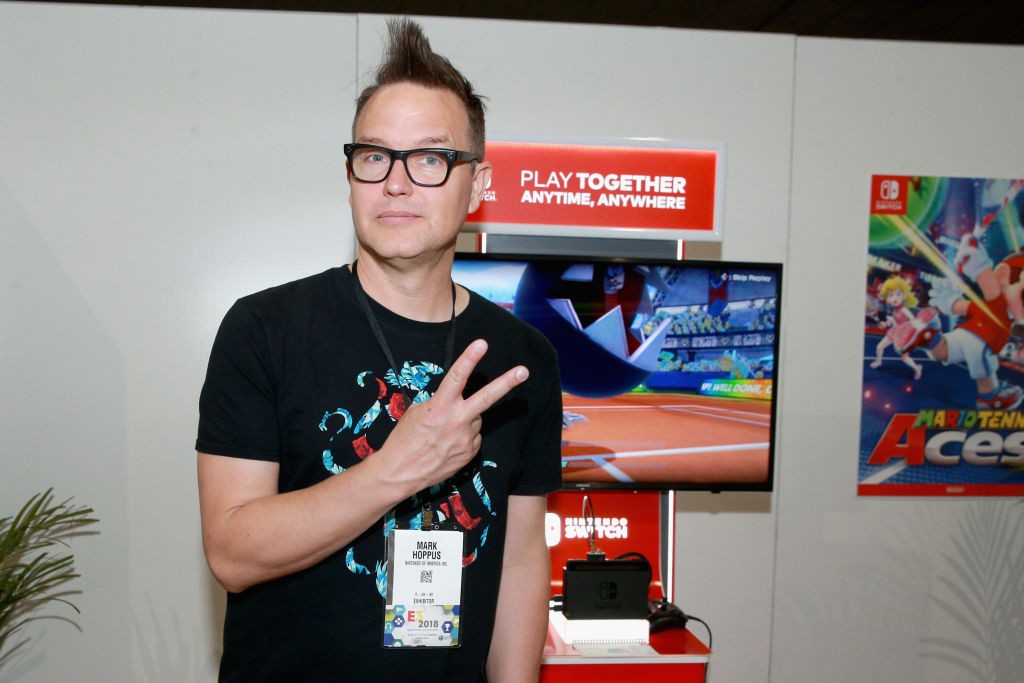 In two surprising tweets yesterday, Mark Hoppus revealed that Tom DeLonge is not the only founding Blink-182 member to involve himself in official Pentagon business. Responding to a viral tweet inquiring “What is the least plausible story about yourself that’s true?” Hoppus claimed that he once “told a Navy Admiral on his way to meet with the Joint Chiefs of Staff my ideas on how to capture Saddam Hussein” while on “an aircraft carrier in the Persian Gulf.” What was Hoppus doing there? Unclear, but one might reasonably wonder if this conversation occurred when Blink-182 played for troops aboard the U.S.S. Nimitz in 2003, shortly before Hussein’s capture in December of that year.

In a followup tweet—a screenshot of a comprehensive iPhone note—Hoppus explained that he advised the Admiral to use a truck broadcasting “time code” at a frequency outside of the range of human hearing to locate the video camera from which Hussein filmed the videos he sent out to his followers. Through use of multiple trucks, Hoppus figured, it should be possible to “triangulat[e]” the Iraqi leader’s location. Obviously, Operation Red Dawn did not—at least in the sanctioned account of the story—go down this way, but still, one can’t help but wonder if Hoppus’s plan was ever debated behind closed doors.

Meanwhile, Tom DeLonge’s extraterrestrial-research-and-fiction-focused organization To The Stars Academy of Arts & Science employs an ex-Pentagon official who has been feeding information about a clandestine federal UFO investigative program to the New York Times and other publications. Read Hoppus’s tweets below.

On an aircraft carrier in the Persian Gulf, I told a Navy Admiral on his way to meet with the Joint Chiefs of Staff my ideas on how to capture Saddam Hussein. https://t.co/KsKmZM4DXo